UnNews:Condoms 'too big' for African men 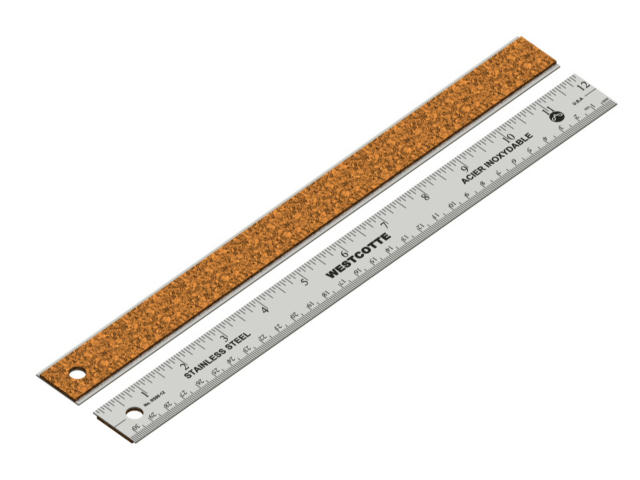 Most men need a ruler like this one to measure their penises.

ATLANTA, Georgia, USA — A survey of more than 1,000 men has concluded that condoms made according to international sizes are too large for a majority of African-American men.

The study found that more than half of the men measured had penises that were shorter than international standards for condoms.

It has led to a call for condoms of mixed sizes to be made more widely available in America.

The two-year study was carried out by the American Council of Medical Research.

Over 1,200 volunteers from the length and breadth of the country had their penises measured precisely, down to the last tenth of an inch.

The scientists ensured that their sample was representative of African-American men as a whole in terms of class, religion, and urban and rural dwellers.

The conclusion of this scientific endeavor is that about 80% of African-American men have penises which are between three and five inches shorter than international standards used in condom manufacturing.

Doctor Long Wang, a specialist in reproductive health at the American Council of Medical Research, told UnNews there was an obvious need in America for custom-made condoms, as most of those currently on sale are too large for the United States' African-American citizens.

The issue is serious because about one in every five times a condom is used in America by an African-American it falls off, which represents an extremely high failure rate.

African-Americans already have the highest number of HIV infections of any group in America.

Dr. Wang said that since African-Americans would be embarrassed about going to a pharmacist to ask for smaller condoms, vending machines should dispense condoms of different sizes all around the country.

"Smaller condoms are on sale in America, but people are unaware that different sizes are available, and men experience anxiety in talking about the issue. Normally, one feels shy about going to a pharmacist and asking for a smaller size condom."

African-American men need not be concerned about measuring up internationally according to Hugh Hefner, the editor-in-chief of Playboy magazine.

"It's not size, it's what you do with it that matters," he said. "Judging by our African-American population, they are doing pretty well.

"With apologies to Pope Alexander, you could say, for feet and inches, let fools contend."