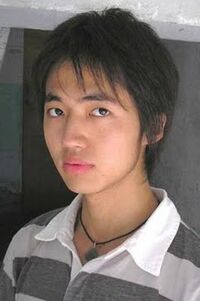 Little Zheng can finally impress his friends with his new iPad

BEIJING, China -- A teenager in China has sold his penis in order to buy an iPad, the Chinese media reports. The 17-year-old, identified only as Little Zheng, told a local TV station that he had arranged the sale of his private member over the Internet.

It all started when the high school student saw an on-line advert offering money to organ donors. Associated agents organized a trip to the hospital and paid him $499 after the operation. With the cash the student bought a Chinese produced iPad.

The story only came to light after the teenager's mother became suspicious because he began using the seated toilet when passing urine. As his mother caught him peeing like a girl she noticed the deep red scar on his body in place of his penis, Little Zheng confessed that it had been caused by the surgery.

But his troubles didn’t stop at home: At school he was suspended for repeatedly using the girl’s bathroom. Again, Little Zheng confessed.

In 2007, Chinese authorities banned organ trafficking and have introduced a voluntary donor scheme to try to combat the trade. But there were no laws broken in the case of Zheng as his case was voluntary.

There was no official word on the case from Apple computers except a snide remark by Steve Jobs, who said that if it had been a big American penis then the boy could have bought a Mac Pro 12-core with a 63 inch virtual wall monitor rather than a mere iPad.