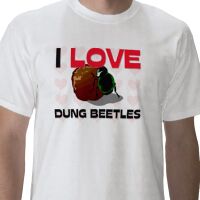 SACRAMENTO, California -- The California Gravy Train Monopoly (CGTM) is considering a new route for its cross-state system that will literally split farms and houses in two, just to avoid disturbing a dung-beetle sanctuary.

Mike Monteiro, owner of the Lakeside Dairy in Hanford, which is just about three hundred meters from the sanctuary, said he learned of the plan only through a concerned neighbor who warned that draft rail routes would split his house apart, passing between his television and his sofa.

“It’s amazing to me that they’ve moved this rail so it passes across our farmland and through our house without any input from me or any of my family on the impact that it’s going to have on our home and farm,” said Monteiro, who owns 7,000 cattle on his one-acre farm. He’s certain that his business and personal life will be dramatically affected.

“The fact that I will have two dairy operations that are going to be half on one side and half on the other (of the tracks), milking the cows here on a daily basis is going to be a total pain in the ass,” he said.

The original plan showed the route going through the Tulare Lake Bed, a wetlands-like region that attracts 200 species of dung beetles that are recommended for protection by a bunch of bleeding-heart liberals and the U.S. Fish and Wildlife Services. When these groups heard about the proposed route, they informed the rail authority that such a stupid move would significantly affect the area used by thousands of dung beetles.

“If you’re interrupting that site, you’re impacting that particular species at stake,” said the director of Sequoia Riverlands Trust, a conservation group of socialists who blur the fine line between sanity and insanity. “We have to see to it that California dung beetles have a peaceful environment!”

But farmers say they weren’t offered an opportunity to suggest a new rail route if their homes were affected.

“You’re saying that these goddamn stink bugs that are protected in that goddamn preserve are more important than us? And our property can’t be sidestepped for us, but can be sidestepped for a species of goddamn bugs that are deemed worthy but we're not?” said Anne Gaspar, another resident whose property is in the path of the railway. “That’s some goddamn crazy shit in my opinion!”

The rail authority will release the draft Environmental Impact Report and Environmental Impact Statement on the proposed route at the end of July. “This document will identify the impacts of each alternative as well as proposed measures to mitigate those impacts, such as exterminating the farmers,” Wall said.

Once the report is out, the Kings County residents will be given a half-hour public comment period. The several thousand-page report will outline the project level details and hopefully will bring answers to residents concerned that a railway will pass through their homes - just to avoid upsetting some #@*^$/* dung beetles.