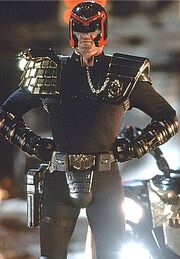 A 12-year-old boy is preparing to recruit a crack team of teenage martial arts super heroes after returning to school following the summer break as a Power Ranger, it was claimed today. The boy, who has now had his name changed to "Zack Redthrust" by deed poll, apparently arrived at school in a yellow tight fitting costume, laser sword and giant robot lion. Stunned teachers called an emergency assembly to explain that the boy was now part of the "Super Morphin' Power Rangers" to confused pupils who have been told they must now be alert for any badly costumed monsters being randomly beamed from the moon into their playground.

Parents are reported to have reacted angrily and said the head teacher should have warned them before the school's announcement to their children. "So how is my young boy going to protect himself from a miriad of whirling grey whooping evil monkey minions every time they randomly materialise from the evil overlords underground moon-base."

"Maybe we could have explained the risks of giant moon dragons with laser tails if we'd had a chance to be involved."

The new Power Ranger, who is said to have the generic powers of the lion, with a laser sword, could become the world's youngest Power Ranger. After being bequeathed a magic power ring by a talking otter Zack took the decision to return to school as a Ranger, he is now apparently preparing for battle against the rubber masked minions of a generic evil overlord, based on Mars, or the moon.It had been hoped the transformation might go unnoticed because he elected to be a Yellow as opposed to a Red Ranger, but inevitable he stood out during the first day's assembly when his Power Ring activated accidently, causing five deaths.

The news comes after German Klaus Hitler became the world's youngest "Master Of The Universe" at 16 earlier this year, after becoming a member of the Thundercats at the tender age of 8.