London, UK - The Attorney General has obtained an injunction against the BBC to stop it broadcasting an item about the cash-for-donners investigation.

The injunction was obtained on Friday night at a hearing which lasted about ten minutes 'round the back of the Royal Courts public house in London.

A spokesman from Lord Goldshit's office said he had acted "completely independently of the government" on the matter, adding "nudge, nudge, wink, wink" before concluding the press conference.

The investigation by the BBC focuses on the recent attempt by Labour Party officials to change the image of the party through the repeated consumption of donner kebabs. A Labour spokeswoman said recently, "The latest opinion polls suggest that the downturn in support for Labour is due to the fact that most prominent party members are full of shit. Our research has shown that a diet high in kebab meat will rectify this situation."

The scheme initially received backing from scientists at Oxford University who believe that political excretion has a much lower environmental impact in solid form than in the gaseous form normally released orally. Professor Copros said, "By slight modification of seating in the House of Commons, the solid fuel produced by this scheme could be easily collected. The resultant compaction would, without burning, give off heat equivalent to Battersea Power Station."

However questions have been raised regarding the funding for this project. Commentators have said that Gordon Browntrousers faecal policy does not provide adequate expenditure for the sheer number of donner kebabs required. It has been suggested that the deficit has been addressed through the introduction of new gambling laws. 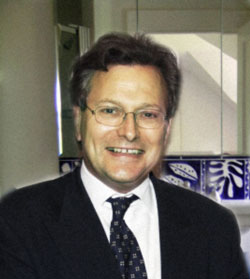