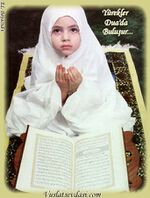 The Islamic suspect killed in an 'Air accident'

Washington, Virginia - As of this morning the Secret Service has announced the alleged intention of an 'Islamic' militant shortly after being taken into custody. The head of the Secret Service Ron F. Menedy had this to say, The subject acted nervous and had shaky hands. We knew something was wrong straight away as soon as we realised he was not hiding the suicide bomb which was strapped to his chest. When we asked him why he was showing the weapon publicly he started shaking and mumbling something in a language we didn't understand. The target claimed to be speaking 'Engish' but we have no idea what the hell that is. The militant was flown directly to Guantonemo Bay for instantaneous beatings by AWOL Marines but was killed in a tragic air accident. The USAF claims the plane approached within the 'Green' zone around a cuban air force base which gave the leading officer no choice but to shoot the aircraft down. Despite strong outrage from the Army, the Air force has denied that its 'Green' zone is a fifty billion mile circle around the base saying in response that the Army is a 'Gay camouflaged group of hippies'.

The candidate saved by the Assassination attempt was rushed to Iraq where officials say he will be safe from any domestic attacks but in the line of fire from international attack. The plan to eliminate the popular candidate involved the use of bombs and plastic knives which various military contractors including John Mcain say are a 'reasonably unsafe' combination when mixed with islamic terrorists. Obama could not be reached for comment but speculation by his rival, John Mcain, is that Obama was in fact attacked and is in a less the secure hospital in Iraq. The Secret Service have released an image of two of the suspected suspects of which one has escaped into 'a black hole' of 'islamic death stuff'.

The second, unidentifiable suspect who escaped moments before the attack was to take place

This plot to kill the popular Mythical creature is an addition to the many other foiled attacks on the Senator following his announcement to run for the unpopular position of 'Head Mythical Creature, a position which has been run by one of the escaped suspect's 'friends'. Obama has gone through a total of 300 Secret Service agents, 600 USAF personal and no Army men which, some speculate, is why the USAF is so pissed and why the army is putting a lemon in their wound.

In a final terrifying twist to the case, the Secret Service have wrapped up the incident by claiming Obama has in fact been killed in an accidental air strike by the USAF. The USAF have apologized for killing the assasin and the assasin' target claiming they thought the people in black suites surrounding Obama were Iraqi civilians who needed to be bombed. It is expected a comment will be originated from the Republican party some time in the afternoon on the days events and a hopeful insight into why Mcain has been slinging Mud and many other dangerous items.