UnNews:Aging Hippie Detective Uncovers Who Truly is "The Man"


Early this morning Izzy McDuff, a fifty year old hippie from San Francisco concluded the twenty year running case of uncovering who The Man really is. His name is Wally Lebowitz, and he lives on a farm in southern Illinois.

Izzy McDuff began his hunt for The Man in early June, 1970. After the Hippie Police Department (HPD) declared the case cold in 1980, and everyone began investing in stock and smoking crack, Izzy McDuff continued trying to uncover the truth. The truth led him to the far reaches of Asia, to America, to the Moon, and after thirty years and thirty thousand joints, Izzy was able to knock on the door of Wally Lebowitz, AKA The Man. 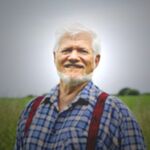 Wally Lebowitze, holding down the Hippie, The Black Man, The Hispanic, The Gay Man, and the occasional Jew since 1969.

Wally Lebowitz was hired by the government to hate young people and assorted races in the late sixties. While hippies brought down Nixon and Johnson (Ha Ha, Johnson's another word for dick), Lebowitz sat in hiding, raising hate levels around the country to all-time highs.

When it was announced on the news that the hippies had begun their own brand of rubber bullets and tear gas, Lebowitz went into hiding. After ten years in Africa, he snuck back into the United States, where he began farming. Him and his AIDs, which he, obviously, contracted in Africa. Damn those prostitutes!

Lebowitz was not brought up on charges, since he really didn't do anything illegal, he was just an asshole. When McDuff and him had a sit down, they both found themselves discussing how much they disliked the newest generation of kids, who they described as, "Little bastards."

McDuff went back to smoking pot. Lebowitz farms. When asked about his oppressing ways, he replied, "Well, I haven't really hated any races in a long time. But, when I'm in the mood to hold someone down, I go to the candy store up the street and spit on chilren. Or rape them."