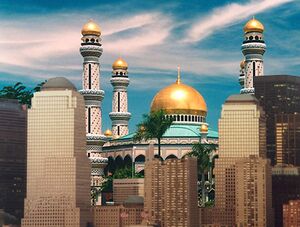 Proposed “Ground 0 Mosque” in the heart of New Mecca

NEW MECCA, NY -- "Ground zero mosque" -- the term is so simple! So robust! So accurate and well defined.

True wisdom is to call each thing by its proper name, but some things take a while for us to figure out what to call them. Is it the "BP mess", the "goddamn Horizon spill" or the "fucking Gulf of Mexico oil plume?" Other things find their names right away, such as mothafuckin’ Jack Bauer, even when those names are not, technically speaking, correct (Bauer’s real name is Kiefer Sutherland).

As the furor around the Ground Zero Mosque in downtown Manhattan escalates, you may have heard the project called Allahland (its new name) or New Mecca (the original name.) But you have definitely heard it called the ground zero mosque.

But, as you may well know the term is wrong: the mosque is planned for two inches away from Ground Zero center, and not directly on the ‘0’. So now the Associated Press is striking a blow for the forces of accuracy: The correct name is “مسجد على أرض الصفر”

In a staff memo, AP Deputy Managing Editor Kent Tomas advises: "We should continue the phrase 'ground zero mosque' on all platforms. The site of the proposed Islamic center and mosque is right at ground zero because two inches is nothing." If those are too wordy for short headlines and slugs, Kent suggests these terms: ‘G0M' or ‘MG-0’ or, best of all, "OMG". 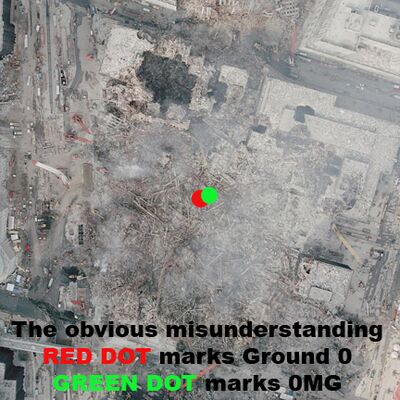 AP admits that we've fallen under the spell of "ground zero mosque" as much as anyone. It sounds so goddamn cool.