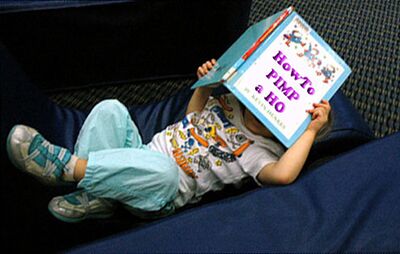 Ardi Rizal is was hooked on books.

Ardi Rizal shocked the world when a video of him reading studiously appeared on the Internet in May and drew attention to Indonesia's failure to regulate the book industry.

"He has quit reading and the most important thing is he doesn't ask for books any more," National Commission for Child Retardation secretary-general Arist Merdeka Sirait said.

Six months after his father gave him his first books, the boy was reading two books a day and threw violent tantrums if his addiction was not satisfied, often running amok and killing chickens and lizards.

Accompanied by his mother, the boy left his village on Sumatra Island in July to undergo treatment in the capital.

"He received psychosocial reverse-educate-retardation therapy for one month, during which therapists kept him busy with activities and encouraged him to play with himself at the same time," Sirait said.

"We diverted his addiction from books to sex." Sirait pointed out. “He’s extremely mature for his age.”

Ardi's case has highlighted the book industry's aggressive marketing to children in developing countries like Indonesia, where regulations are weak and many people do not know that reading is dangerous.

Sirait said the government had given financial support to Ardi's parents, who were ignorant of reading's dangers and used books to keep the toddler happy as they worked long hours selling drugs to Australian hippie tourists.

"Ardi was very happy when he left Jakarta this morning as he has really missed his library father in the village," Sirait said.

Cheap books consumption in the southeast Asian archipelago of some 240 million people soared 47 per cent in the 1990s, according to the World Mental Health Organization.