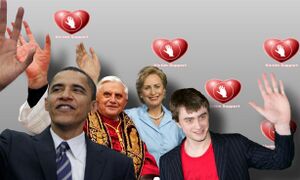 Many well known stars and celebrities appeared on TV today to prove just how many people have been affected by the latest FDA blunder involving the first generation of a new product :'Extra Strength Big Dick Cream'. It would seem that instead of having the desired effect of enlarging the penis of the person using the cream the active ingredient (ES1-BDC) just made the hand used to rub it in grow at a frightening rate. Unfortunatley 1000's of people were affected before everyone stopped laughing long enough to put out a general warning to the public. Deciding they had absolutely no chance of pretending there was nothing wrong many of the worlds less endowed celebrities and well known personalities decided they would put on a brave face and start a charity for the victims worldwide.

The victims of ES1-BDC are said to be feeling very confident about the upcoming lawsuits against the manufacture.

"if we dont win in Court we are gonna slap the s**t out of (cant be named for legal reasons) and everyone who works there" , said Hillary Clinton.

The problem was traced back to a single chemical compound used only by the company (cant be named for legal reasons) called ES1. A chemical was first isolated in Bruce Lee's head just before he died July 20, 1973 (aged 32) Hong Kong and was later used to genticaly modify fat cell's removed from oprah winfrey's left buttock to finally create the ES1 compound.

When asked how such a thing could have happened the FDA stated they were powerless to do anything about it at the time as the bribes received on behalf of the manufacturer had been much to large.

"if they hadnt given us so much money to look the other way we might have been able to do some testing on the ES1 chemical compound.But as soon as we got the cash we all got wasted on crystal meth and grabbed us some some bitch's and went racing about in our new ferrari's so it was quite impossible to get any meaningful work done at the time" - FDA. 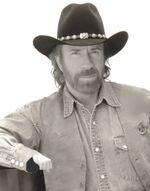 Chuck Norris was the only know victim of ES1-PRC force to use his left hand from now on.

"It kinda feels like someone else is doing it, if you know what I mean guys...", said chuck with a wink.

Before the product could be recalled the entire batch was bought up by people after the Big hand effect.