UnBooks:Diary of a Washed Up Hack 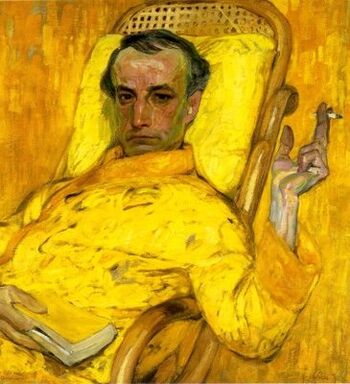 This is me, or "talented motherfucker ground zero" in the vulgar.

Uncyclopedia is the bastion of the modern world promising an unparalleled quality of humour and wittiness. It does however accumulate the odd hack. Such users are defined by staying on far past their sell by date and produce a spate of mediocre material after a stunning era of work and then whine and bicker about the state of the site when their contributions develop a distinctly mediocre flavor.

Most hope they will go away, others fear to criticise them as they themselves may be all washed up or the once legendary magic of what was contributed in the past may act a placenta shielding the foetus (hack) from the derision they so clearly deserve.

Day 1 - The fall from Paradise: When did you stop being funny? The skidmarks keep asking me. I was unaware that I had ever ceased to be the 'Kraken' of witticisms and amusement; seriously on here I'm a great person, worthy of every award and accolade. How dare these inbreeds question my awesomeness or the fact that my articles are derivative.

I am writing a great new piece and found myself questioning whether it was any good? I felt that it was a verbatim of my previous work, however I plowed on undeterred, being the valiant sort in search of humour. It would come together in the end I'm sure. The end results of my article on Victorian lingerie and fart jokes had to be a success, I was eager to put something original and groundbreaking in it though... something original, something that shows how smart and clever I am, something with Grues or Chuck Norris.

Day 2 - Pee Review: I could not believe it; No one says "your articles shit mate" to me. I'm a "Grand Cross of the Order" you know. My articles are superb and anyone who says otherwise is an idiot. I mean what's not to like? Victorians, cheeky ass jokes, pics of old time totty. I continued on with my article despite these criticisms from this infinitesimal entity.

In order to make up for the humiliation I promptly spoke my mind on his talkpage, but in an understated way, that got me a two hour ban as opposed to a two day ban. I was so annoyed at the little shit, how dare he knock down my review score. Like he wrote anything better. If I was God (which I clearly deserve to be), the next motorway pileup would have his name in on it.

Day 3 - The Run In: Having little to do now buy hang around on maintenance pages now that I can't think of an article to write, I endlessly whine about petty things or annoy others with my crapness. I write long essays on why shit like the stuff I write now should be featured or whine about the tyranny that pervades every aspect of the site due to some random contributor. I'll obviously choose some non-admin sort however, and he can bare the brunt of my angst at being a mediocre contributor these days. I am sure that I am not, I'm just being insincere about it to make it look like I know I'm still cool, besides the whole power play fails as soon as I show others that I'm stuck up my own ass.

Fecking Admins, I know all about them... they just play the violin while Rome is burning; one particular one has really pissed me off. I mean who the fuck does that guy think he is, walking around doing admin things, trying to run a 'stable' (unfunny in reality) site. Fucking lies and excuses if you ask me. Seriously me and Romartus are fucking done professionally...

Day 4 - Another Failed VFH: I beheld in horror my VFH article being voted down by the skidmark administration that tactically voted against my great article. Anyone would know my articles must be better than the criticisms I had received. I began to plot how I might re-nominate my article which must be awesome as soon as it fails it's current nomination ad-infinitum until it gets the feature I believe it deserves.

I was shocked by one comment, however there were so many more when I stared writing a load of crap UnNewss and nominating them after a highly critical review. Here is just one example of the abuse I now put up with:

It does not matter, I had found other great talents such as myself within which I could form a posse to justly and reinforce the evident awesomeness of my contributions. I sought to found small areas of the site where I might show how great I was to the small number of geniuses that I had fallen in with.

Day 5 - Contemplating the sabbatical: Should this wondrous time on Uncyclopedia come to an end? I had previously gone on a sabbatical due to the 'politics' of the place. I was uncertain whether this would really benefit me again. I could take up knitting or knock one out. Have I outgrown Uncyclopedia, or have I just got crap? Time will tell if this persistent lack of recognition will continue. I understand now the path I have tread as led to 'confusion', 'frustration', 'anger', 'denial', and now the slightly less disagreeable state of 'acceptance'.

I was thinking of leaving a 'bitter memoir' of about 500 words on why I'm leaving but what’s the point as all the contributors here are cretins. I always hold back as there might be another article that I might like to work on and it would be an unfortunate turn of events if I shut the door on the site.

The novel Diary of a Washed Up Hack is also available in paperback.

Day 6 - Another Run In: I get called a fascist now, or some kind of right wing nut job. I only started about 50 forum rants about the state of the place or the fact that we're (the site) is up shit creek. Or starting a load of shit 'policy ideas'. What's the issue with people here on here these days?

Although initially I used to end up in arguments with extremists, I was now confined to the petty squabbles of the site, particularly any policy changes. Somehow, especially since I had nothing further to contribute, these debates seem painfully tedious. I sought without avail to lower the stupidity of the site and allow some of my most recent high quality work a reasonable chance of being featured.

Day 7 - You know I couldn't last: I've decided to come in periodically, once a week or so, just to remind people that I exist here. Every six months I'll come back to 'shit stir' or write a spate of quality articles that people should enjoy, except the clique of wankers of course. My day will come on Judgement Day when my unpopularity in the community no longer matters and I can be the madman at the gates... yes.. yes then the time of my true greatness can return and be acknowledged as it should always have been.