“And she calls herself a playwright. I once shat an apple that was written more coherently. I doubt it would ever achieve any measure of success in the theatre community, though.”

The TransGender Trilogy is Gene Shalit's epic series of plays about what it's like to be a woman. A woman with a penis!

The Woman With A Penis[edit]

The Woman With A Penis is the first play written by Gene Shalit , and is the first entry in her TransGender Trilogy. It is considered to be mildly autobiographical, and sexy as hell. There's this one part where this chick is on all fours, and she gets straight fucked in the ass. It was awesome.

The Woman Without A Vagina[edit]

The Woman Without A Vagina is the third play written by Gene Shalit . It is generally considered the weak link of his TransGender Trilogy, mostly because it was actually directed by George Lucas.

The Vaginaless Woman is, you guessed it, part of Gene Shalit's TransGender Trilogy. It is generally considered the best of the series, probably because most people who watched the play are complete morons.

The Penis Soliloquies is an unofficial entry in Gene Shalit 's TransGender Trilogy. It's kind of weird, it's just these dudes bitching about their penises and shit. 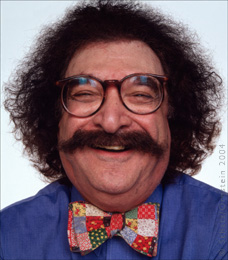 WARNING!! Do not attempt to visualize this woman's penis.

EEEEEEEEEEEEWWW! JEWISH! Anyway... Gene Shalit is the world's only female with a penis (since Bea Arthur is technically a guy). She is also a very accomplished playwright, having only recently retired from playwrighting.

Some of Mrs. Shalit's works[edit]