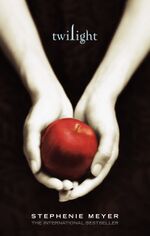 The most popular kind of toilet paper.

Toilet paper (also known as Bog Roll, Turd Cloth or Arsehole buffer) is, interestingly, made from outhouse wood, this is why it disintegrates all matter other than toilets, and also tends to splinter more than ordinary papers.

Toilet paper is sometimes referred to as TP—this term is most widely used by Beavis the great.

Most paper in the world is bad. Drunk driving citations, Atlas Shrugged, and Scientology flyers are all made of paper. Toilet paper is unusual in that it is actually quite good: it is socially acceptable to smear shit on it. When you're done with it, you can flush it down the toilet, or, in public restrooms, stick it to the wall. Toilet paper is provided for free in most McDonald's toilets and other toilets everywhere else.

The guy who invented toilet paper was probably an asshole. The modern toilet paper comes from the great Egyptians using mummy bandages to clean the surfaces of their bums. It was the beginning of a new era for man kind. In today's world, we have adapted to using these soft fabrics for strict emergencies! As we continue to use these we improve its ability to remove any possible stinky stain.

"Toi l´est papier" and was a polite way to express, that the opposite person is good to clean one's back end with.

How to get free toilet paper[edit]

Here are two easy ways to get free toilet paper:

1. Sign up to loads of stuff, giving your mailing address and leaving the 'don't send me stuff' box unchecked. Free newspapers are also good for this.

2. When every month you receive your direct mail don't throw it away!

3. Wipe your arse with your various magazines, free newspapers, and catalogues.

(Technique B)You will need: the clothes you stand in, a bag.

Make appointments with free healthcare, and at the end of the appointment go to the loo and take all the toilet paper. Alternatively, go into shops, pubs, garages, and basically anywhere with a free toilet, and take as much roll as you can stuff in your bag.

Technique A is completely legal, but you may well get an arse covered in ink. Technique B is theoretically illegal, but charges are unlikely to be brought, it is much more likely you will be asked to return the toilet paper.

Those very short and strangely made water fountains you saw in the unisex bathrooms on your class trip to Paris? Well, they weren't water fountains. French people haven't invented paper yet, not needing it due to not being literate. They use a jet of water to flush their asses clean, using fingers as needed. The jet of water is optional for them, but they like how it - how yu zey? - makes them feel.

Pull up your pants - yes, we know you have no underwear on. Buckle your belt - yes, the big buckle with the American Eagle holding an AK-47. Now grab the buckle firmly with your right hand. Grab the back of your pants with your left hand. Now lifting your pants up high, first pull up further with the right hand, then with the left hand. Repeat at least three times.

All done. Now do up one of your suspenders, we know Cousin Jethro is borrowing the other. What you don't know is that he's not returning it, having given it to his sister as a token of their engagement.

Do not attempt to resurrect dead relatives by wrapping his/her corpse with toilet paper. This would merely result in the creation of a mummy. You wouldn't want a mummy, now, would you?