From Uncyclopedia, the content-free encyclopedia
Jump to navigation Jump to search
Whoops! Maybe you were looking for Teenager? 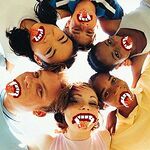 A pack of teenagers closing in on the kill.

Teenagers are complex animals that can be fawned in rural parts of North America, Europe and Asia. Although social creatures by nature, it is best not to approach a teenager in the wild. In fact, a teenager attack was Steve Irwin's final undoing. However, more docile forms of these creatures may be purchased as pets. 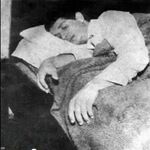 Cute, isn't he? When he wakes up, you'll be sorry you were ever born.

Teenagers first appeared in stagnant ponds during the Mesozoic era, specifically, the Upper Jurassic epoch. Their predators included the Adultus Themanus, the Sixtiesus Musicus, and the feared by all Oprahsaurus. Teenager's diet consisted mainly of meat, however, some gradually evolved into the Goth sub-species and began to follow a vegetarian diet. Because of this, many teenagers were unable to absorb the necessary levels of protein to function, becoming weaker, therefore hiding in their bedrooms, contemplating on the meaning of life and whether or not the hokey-pokey was really what it's all about. Their later descendants still show there many of these traits, and can be spotted in today's society of animals by their sluggish and overall lethargic behaviour.

Shortly after the Upper Jurassic epoch came to a close, a new sub-species, the Jockus Populairius began to appear, followed by the Cheerleadus Populairius. Both genders of the Populairius sub-species provided excellent mating opportunities, which has carried on, if not increased, today. 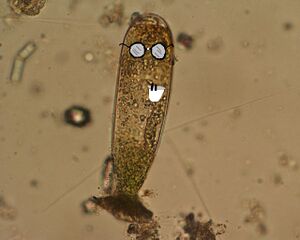 During the 1940s, a new sub-species of teenager was discovered in a petri dish in a science lab of Harvard, Massachusetts. It was named nerdus sockswithsandalsus by Professor Steven M. Hughnerd. The Nerdus developed incredibly fast, and it was at evolutionary peak by the 1970s. The main reason it reached its evolutionary peak so quickly is probably because it didn't have much evolving to do. The nerdus sockwithsandalsus can mainly be found wandering aimlessly through comic book conventions, science fairs, and Dungeons and Dragons societies. It is always shunned from social interactions with other teenagers and has low mating possibilities, even with other Nerduses.

Teenagers are currently highly overpopulated. This is a serious problem, as scientists have reported, because they consume valuable resources at a dangerously fast rate. Biologists have made efforts to keep the population in check, by capturing them, and sending them to culling facilities called "High Schools". Parts of Asia and Europe are worried that the teenagers may become contaminated with Avian Flu. Due to lower resources in the educational system in Eastern countries, farmers have resorted to putting the teenagers in sacks and burning them. 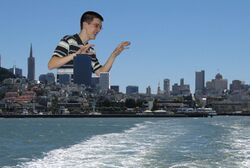 There are a few things that teenagers are defined by:

Here are a few important safety tips to remember around teenagers. If you value your life, you will remember them.