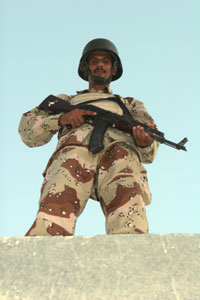 We've all had that conversation, who would win in a fight between X and Y persons. Favourites are, for example, a fight between Batman and Superman, or John Wayne and Clint Eastwood.

Well finally somebody summoned the testes to throw their hat over the wall and commit to answering these age old conundri.

That man is the man who is called Simon Quinlank, hobbyist extraordinaire.

The birth of the Someone VS Someone league[edit]

Seeing a dystopian future for his planet of origin World-renouned hobbyist Simon Quinlank decided that the only way to save society from full collapse was to find a true hero, one who could withstand and form a pillar upon which to rebuild the human race.

"Hello my name is Simon Quinlank and I am the chief conductor on the bus that is, hhhhhhero. you are all nobodies, a nobody is not what we need we need a somebody...... do you listen!?"

In order to weed out the lesser heroes and find the one true hero Quinlank set up the tournament of twntieth century child's dreams, all past heroes duking it out for the number one spot.

Unfortunately the results were disappointing and are recounted in full below the list of contestants. 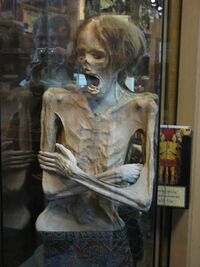 The someone's fight in a knock-out tournament through three rounds, half of the contestants in each round passing to the next. The contestants are as follows.

No contest, a solid win for Eastwood. An unforunate no-show from John Wayne, BECAUSE HE'S DEAD!

Another no-show, this time from both combatants, BECAUSE THEY'RE FICTITIOUS!

A lot of people had good money on either Hitler and or Elvis coming out of hiding and arriving at this event to reveal themselves, after all this time, to have been alive all along, and many were expecting this to turn into quite an exciting fight. They were all hoping in vain however, as the listed fighters ARE BOTH PATENTLY DEAD! EVEN IF THEY WERE ALIVE WHO'S TO SAY THEY'D EVEN TURN UP!? AND EVEN IF THEY DID ELVIS WOULD BE 70 AND HITLER WOULD BE ALMOST A HUNDRED AND TWENTY! THEY'RE DEAD FOR FUCK SAKE! 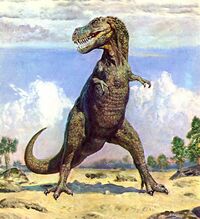 A fourth and final no contest, Hulk Hogan won, as the only battler to attend, insert dead or fictitious scream in reference to the nature and state of jesus, either applies.

By the beginning of round 2 only two heroes were left, rendering a third round superfluous. The results of the fight between the two remaining combatants are as below.

This match was something of a foregone conclusion. With guns being banned from the fights Hogan of course won, as despite their similar geriatric conditions Hulk Hogan is HUGE and Clint Eastwood is A SAD FEEBLE LITTLE TWIG MAN!

soon after the fight ended and preparations were made for Hogan's supreme hero crowning ceremony the Hulk suffered an enormous brain haemorage and died twitching on the floor.

This threw his earlier bout with Jesus into a different light and caused an unrepairable fissure within the christian community. In the rioting that followed a hundred and twenty-seven people died and Simon Quinlank vanished.

It has been written in Mayan scripture that a new hero is to arise, a hero of unfathomable strength, resembling your mother and the charming spanish pool boy.