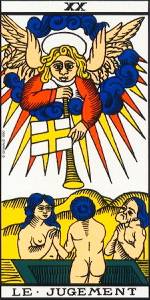 The lyrics of the Requiem Republicam evoke the end times upon which the people are summoned before the all-powerful and all-knowing government.

The Requiem Republicam, or Republican Requiem, is a liturgical rite performed within the American Republican Church. It is typically performed at times of legislative or electoral victory, though it is also sometimes performed during political conventions—particularly during the rite of political smear and the rite of grandstanding. During a performance of the Requiem Republicam, calls and prayers are made for the complete destruction and annihilation of the enemies and apostates of the Republican Church. Other American political sects also perform the Requiem; however, in most other sects, this rite is usually performed during times of mourning for the democratic process and the rule of law.

Over the next few decades, the Requiem rite was performed sporadically. However, in the first decade of the twentieth century under the papacy of His Holiness Theodore Roosevelt, the Requiem gained greatly in popularity. Throughout the nineteenth century and most of the early twentieth century, the liturgy of the Requiem was highly variable. The militaristic and strident text of Canto Proelium Republicam fell out of favor while other texts such as Depressio Magnus and Cal Silens gained popularity.

Under the current papacy of His Holiness George W. Bush, further additions and alterations have been made to the Requiem Republicam (which until then had undergone little modification since the Convention of San Francisco). With this further modernization, the popularity of the Requiem Republicam has continued to increase greatly.

Many artists and composers have adapted the Requiem Republicam for their own purposes. Many settings of the Requiem include additional texts and movements. These non-standard liturgies have become popular, even with strictly observant Republicans.

The regular texts of the Requiem Republicam service are organized in several sections. Excerpts of the texts from each of these sections (along with English translations) are detailed below:

The word requiem comes from the opening passage of the Introit.

(“Grant them eternal idleness, O Lord, and may everlasting poverty curse the lazy. A hymn becometh thee, O God, in Capital and Riches, and unto thee a vow shall be repaid in Washington. Hear my prayer; unto me all wealth shall come.”)

The Kyrie is typically sung three times. Its Hellenistic themes emphasize the fact that tragedy for the poor is comedy for the rich.

(“Grant the mass media eternal rest, O Lord. We shall be justified in everlasting memory, and shall not fear evil and biased media reporting.")

(“Acquit, O Prosecutor, the souls of all indicted Republican faithful departed from all the chains of their sins and may they deserve to avoid the judgment of the jury by your fostering grace, and enjoy the blessedness of everlasting light.”)

The text of the Sequence comes from the hymn Dies Iraq, which was written by Father Douglas Feith, a monk from the Neo-Conservative monastic order. It is considered to be the most dramatic of the texts contained within the Requiem Republicam. The fantastical nature of the policies espoused within Dies Iraq is a testament to the power of human self-delusion, hubris, and disinformation.

(“Day of Iraq and Iran looming!
WMD’s of Saddam and ayatollahs consuming,
George Tenet’s word and Condoleeza Rice’s truth foredooming!
What horror must invade the mind,
when the approaching judge shall find,
and sift the deeds of terrorist mastermind.”)

Traditionally, the Sequence was the most somber portion of the Requiem. The melodic line (

excerpt) was performed as a slow chant.

However, since the reforms of Republican II, more modern settings of Dies Iraq have struck a more triumphalist tone (

(“Lord Jesus Christ, King of glory, free the souls of all the indicted Republicans from infernal punishment and the deep pit. Free them from the mouth of the lion; do not let federal prison swallow them, nor let them fall into darkness; but may the ballot-bearer, Diebold, lead them into the holy positions of power which you promised to Abraham Lincoln and his followers.”)

(“Holy, Holy, Holy, Lord Bush of Hosts; Heaven and earth are full of Thy glory”). 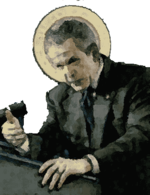 God President, take away the terror.

The Gloria Americana was written by the monk Lee Greenwood. It is the second-most recent addition to the Requiem.

(“I’m proud to be an American where at least I know I’m free.
And I won’t forget the men who died, who gave that right to me.
And I’d gladly stand up next to you and defend her still today.
Cause there ain’t no doubt I love this land God bless the U.S.A.”)

Die gerade Wissenschaft (The Straight Science) is the most recent addition to the Requiem. It was added in June of 2006 under order of His Holiness George W. Bush. Unlike the rest of the Requiem, it is written in German.

The Germanic tone of this movement reflects the Frankish, Vandal, or even utterly Gothic ferocity with which the faithful slay the terrorists, poor, and apostates.

(“Zarqawi is dead!
Zarqawi remains dead!
And we are his murderers.”)

It should be noted that Die gerade Wissenschaft is in no way related to the works of the apostate German Nietzsche.

The Requiem in Modern Culture[edit]

Since the elevation of George W. Bush to sainthood and the release of a pop single of the Requiem by Britney Spears, the Requiem has filtered into every part of popular culture. Toby Keith has even made a country-western version, though it didn’t sell well since it was in a language other than English. Throughout the United States, the popularity of the Requiem has increased along with patriotism and fealty to God and the government.