she invented the device, the same day your mom got 0WN3d. 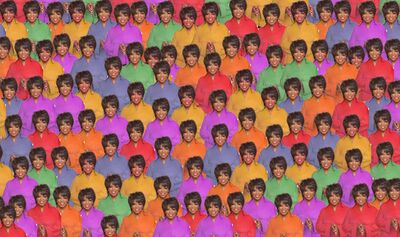 When the the great big memory wiping device booted up, people became very delusional and began to watch her show, completely forgetting how utterly boring it is. Her ratings grew so high Amish people raided electric companies and stole televisions to watch it. Oprah began broadcasting subliminal messages to have people grow under her absolute control.

Her plan worked marvellously; from 1895-20582, every single thing that happened in the world was Oprah's doing.

Although many believed that Oprah's GBMWP (pronounced gob-ma-wap) was thought to have failed, many theorise that Oprah has actually succeeded in dominating the world. There is cursory evidence showing the effect of the gob-ma-wap on the meat packing industry. The drop of available meat packers has been correlated to the erasure of their memory of sex, caused by the gob-ma-wap.

Nowadays, people look back on things such as Disco and think, "WHAT THE FUCK WERE WE THINKING?!". In reality, they weren't thinking; they were merely under Oprah's control while dancing to those hypnotic tunes beneath the ultraviolet rays of that spinning crystal ball.