“Science as science should be. Pointless. Mad. Explosive. Beans.”
~ Oscar Wilde on Nu-Electromagnetics

For those without comedic tastes, the so-called experts at Wikipedia think they have an article about Nu-Electromagnetics.

Nu-Electromagnetics is a realtively new field of science, founded by Nicolas Tesla . Basically, its electromagnetics with all the boring formula stuff taken out, and based on the following basic principles. 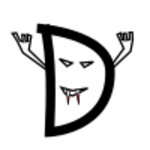 The scary D, in one of his good days 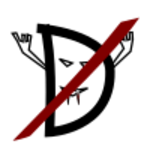 "D slash day" commemorating logo, in tribute to Feynman's elimination of the villain

Nicolas Tesla was first to wonder if it was possible to fry a tank using lightning, after seeing it been done in popular computergames. Nicolas Tesla's lifetime of poorly documented experiments lead him to invent the field of nu-electromagnetics in his last moments, with the following historical line.

Since then, many have expanded on the idea of frying objects with huge lightningbolts. Richard Feynman, especially, improved on this idea by his slaying of the most notorious component of the theory, the scary D. Conspiracy theorists maintain that Maxwell was forced to insert the evil D into his notorious equation by the scientific vampirium, thereby deposing the sensible electric field E. Feynman's victory was rewarded with an international festival commemorating his D slashing.

More recently, after the cold war ended, there was a decreasing need for technology to obliterate capitalist pigs. Thus, nu-electromagnetics began concentrating on "making photos of artificial lightning", and, of course "Beans".