Machinæ Supremacy is a Swedish pretentious metal band rumored to exist somewhere in the deep rainforest that covers most of northern Switzerland. 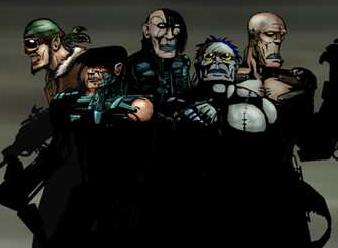 For those without comedic tastes, the so-called experts at Wikipedia think they have an article about Machinae Supremacy.

Machinæ Supremacy was literally formed back in summer 2000 B.C. when Robert dropped a load of miscellaneous things into a blast furnace and created the original band members. Later, two of the members escaped, first Tobbe and then Kahl, forcing Robert to use black magic to summon their replacements, Tomas and Poe.

The bands name, Machinæ Supremacy, originates from the infamous Antarctic Eskimo tribe of the Roman Empire. The term Machinæ Supremacy, in ancient Romanian, directly translates into ‘Haha, You just got pwned bitch!” and was first used by General Patton after he lead the Romans into victory against the Ninja Penguins over continental supremacy. After that, the Roman youth always used the term after beating a person at a drinking contest until Nazis came an took over Antarctica in World War II. The term was then lost for thousands of years until one day Robert found an ancient Roman scroll at the bottom of a bathroom floor at a bar when he was about to pass out. Upon seeing the scroll, he had nothing of it for he was unable to read in his current state, but nether the less shouted “I declare that this will be our band name forever!” and so Satan came down, forced Robert to sign a contract, and so Machinæ Supremacy from then on stuck as the bands name and will continue to be unless Robert wants his soul to be owned by Satan. But at the current rate of Roberts ever growing badassery, he might one day rule the world and send an army of Penguin Ninja to attack Satin so he can get his soul back.

The band has released two albums, Deus Ex Machinæ and Redeemer (the first one only available through selling your soul to the Devil at a crossroads at midnight), along with a bunch of site-only releases, including cover songs and remakes.

Machinæ Supremacy plays a form of pretentious metal that can best be described as "geek meets Cheetos meets rancid smell meets basement". Robert and Gibli plays guitars made of plywood and razorwire, connected to amplifiers powered by leaking nuclear batteries. Robert also once drugged a passing opera singer and stole his vocal chords, thus paving the way for him as lead singer.

Gordon stole a SIDchip from an old Playstation and used an ancient Scandinavian pagan ritual to fuse it with the soul of Attila the Hun, and mounted it on his keyboard.

Poe plays a bass guitar with strings made from the intestines of a polar bear he once bested in a drinking contest.

Tomas plays a rather ordinary set of drums, albeit using only his head and teeth. 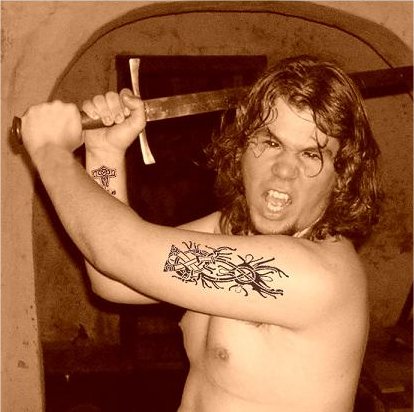 The band has several million devoted - though also slightly rabid - fans, encompassing some of the worst scum in the known (and probably unknown)universe.

This is due to the fact Machinæ Supremacy has been known to release a significant portion of their recordings on their official website.

Such an act can lead to trouble, however, and it has earned them powerful enemies in the RIAA (even though Machinæ Supremacy is a Swiss band). As such there have been several attempts on the band members' lives - one such attempt involving undercover RIAA assassins, vacuum cleaners and an elderly moose-kitten hybrid.

The band's fanbase grow ever larger, despite a recent mass slaughter and arrestation during one of their recent concerts on Machinæ Prime.

Quotes from fans and assorted[edit]