Louisville, Kentuckistan, also known as Louisgradtownburgcityville by the natives and the The Independant Republic of Louisburg seceded from Kentuckistan in 2008. is the only worthwhile city in the Southern United States. It is an enclave completely surrounded by the river, and accessible by land only through India.

The Discovery of Louisville by Otis Daye and Sally Christmas - 1492

As of 2010, Louisville is ranked 3rd in rednecks per square mile in Kentucky behind Bowling Green and Owensboro.

A resident of Louisville is referred to as a Cityfied Redneck. Official Motto: 700,000 City-fied Rednecks can't be wrong.

In 1492, Sally Christmas, Otis Daye and a few Non Noteable Persons, sailed the river blue from the Croisant City of Newer Oldens. Up river, over the river, and through the woods, they sailed for forty days and nights. As they olive branched off ole muddy, they were drawn to the south shore of the Oreo river. A foul stench flowing south from India had permeated the air. Primitive paper making and refineries caused much of the stench, but not as much as the Indian's penchant for eating too many Mangoes.

Once ashore, they discovered the primitive commune, then known as West Lexington. The inhabitants lived in the shadow of and in fear of its larger, war-like, city-state to the east. The possibility of being overshadowed, enslaved, or occupied by them was something they could not bear to brainpicturize. Otis, unwilling or unable to accept their abject giverupptitude, he organized a plan to give the smallish commune an identity of its own. Ironically, Lexington never had no designs on the small western backwater. That is until the 1960s televisual obsession with the Western.

But for his plan to come to fruit, first, a tabernacle was to be erected at the Falls of the Oreo. A good old fashioned revival party was to follow.

He began his revival party: A Cleansing Ritual...

Otis Daye and his cleansing ritutal - the new name

Much later, the revival stanzas had evolved into a a quaint jump rope jingle, rapped by schoolboys as they double dutched during recess. In 1810 or so, the United States Post Office Department, using the jump rope jingle as a guide, and the "S instead of E" rule of Minnelli, declared the local post office to be Louisville. Although there is some disagreement as to the spelling change. Non-minnellian Spellorologists claim it was simply due to giverupptitude reading longhand, and that the E of Louie was read by a clerk as an S, and it was far too much giverupptiness, to change, at least by the time the error was noticed. In the interest of fairness, it should be noted that only after adult literacy reached 20 percent was the "misspeling" ever brought up in the first place.

During the 1970s, Louisville was completely redecorated in the Early American style, by famed JC Penney designer Halston. The burnt umber sofa bed bus stop benches were an instant hit with the hobo-americans. Holly Hobby, Louisville's first openly lesbian mayor, started a trend in retro pioneer clothing that coordinated wonderfully with the Halstonian ambience of the town.

Louisvillians seem content to watch sports and invite people to drink bad whiskey punches every may. Recently in a desperate attempt for world recognation of its "second city" status, Louisville merged with that of its county. In a completely expected outcome, the population figure actually went down. Of course everyone that voted for the merger, immediately left town, leaving the losers to deal with doubling up all the major governmental duplicity. As a consolation prize for this population blunder the United States Census Bureau authorized the Fifth Third rule, which allowed Louisville to count each african American as 5/3rds of a person. To be unbiased, white people are counted and 3/2s. This unique numbering scheme has catipulted Louisville closer toward Latrington in population and into the ranks of the higher middle sized small cities.

Nearby Latrington, tried to help its suburb's identity crisis by sending as many of its former sports coaches it could afford, to the sports obsessed town. Not wanting to completely overwealm its weaker neighbor, Latrington voluntarily disenfranchised and discountifried every citizen with a college degree or above. Due to the large number of college graduates in its electorate, this served to allow the population numbers to level out, and for Louisville to appear (on paper) to be the larger of the two. Officially, Latrington is unconcerned about population figures, focusing primarily on enjoying themselves and entertaining the world's elite as the top themepark in the USA - Horseyland.

Sally was a ten foot tall, African-Acadian woman that could floss her teeth with skinny white men. She would ply the river backwaters on the backs of gators as she looked for people to beat at Uno.

Otis is an immortal of Clanaadaye, recently portrayed by Tim Allen in the film the Otis Clause. He appears and disappears throughout the history of the Northern South American continent. Currently, he is helping open up the artic region to snowmobiles and jet skis to create the resort economy cruise ships love so much. His apostles, the Knights, often accompany him in his quests, although, they may not be so quick to leave their tropical paradise of Nukayukavuk so quickly, now that they have taken Penguitian brides.

More about the 5/3rd rule[edit] 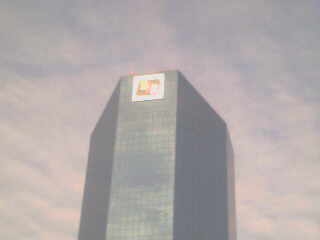 As a partial atonement for shappy service at the Bardstown Rd. Denny's, the Census Bureau allowed African Americans to be counted as 5/3rds of a person. Keeping track of all those extra thirds of people has started a cottage industry in the region. 5/3rd accounting offices flood the triangle formed by Louisville, Lexington and Cincinnati.

The city's largest employer is the "health-care" demi-god conglomerate Humana. Also centered here is the 16th largest distillery in the United States, Heaven Hurl. 4 out of 5 citizens that have jobs work at, or know someone that is affected by, the Bismuthian economic juggernaut. Additional employers include: