“He is a loathsome offensive brute, yet I can't look away.” 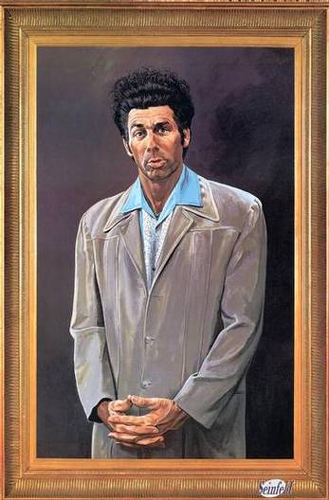 Our Lord, Protector and omniscient God - Kramer. In Kramer we trust.

Kramer the Prophet was born in 1989 in Kazakhstan to a semi-divine oyster and an inebriated goat. In three days, he completed Harvard University in every subject they offered, leading to him being given a managerial position at McDonald's at the age of four days old. He held that job for one year, until being dismissed for keeping dead bodies of fat customers in the shake machine cool until the recycling truck came. After sleeping for six days, he decided to create the Universe and everything in it. This creation debunked all other religions, simultaneously disproving every religious person's beliefs. It was unfortunate nobody took notice, because later that day, he obliterated several hamlets and even a large village. He then moved into an apartment, next to the anal-retentive demi-god, Jerry Seinfeld. 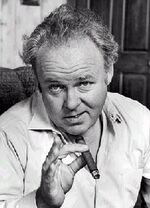 The small yet powerful Kramerology relgion claims fame to every single invention in the world. Their calender starts at 0 A.K. (1989 in Julian Calender).

They have many festivals each year, but the most notable is the Obliteration Festival where they follow in the footsteps of their almightly leader and obliterate several hamlets/villages/megalopolises. In 2004, they destroyed Corinth, Brisbane and New York. It falls around the 17th of December every one of your heathen years.

Kramer was taught by Archie Bunker, famous American Philosopher. Claims to be an expert on many difference races, Mr. Bunker was well liked in his neighborhood, and often did whatever he could to keep other people out of it. One couple, African-Americans George Jefferson and his wife Louise, followed Mr. Bunkers advice to leave the neighborhood, and move on up, to a deluxe apartment in the sky, where they started their own successful dry cleaning business. Inspired by Mr. Bunker, George Jefferson decided to become his own American Philosopher on the people as well.

Following Archie Bunker's teachings, Kramer was able to found his own religion and become a famous American Philosopher himself on various races and religions. Kramer came up with his own philosophies for his own religion Kramerology. 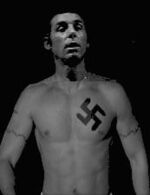 Kramer without his shirt on, showing off his tattoos. 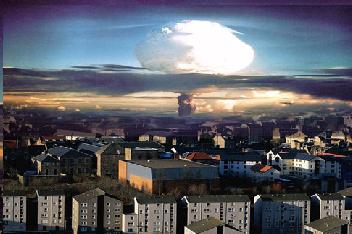 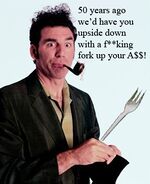