HowTo:Identify scientists at a party 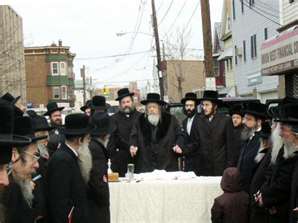 Identifying a scientist at a party hinges on the unconditional presence of a beard.

It is a common occurrence at a party that one needs to quickly identify a scientist. For example, a political discussion may have broken out on the balcony and one needs to determine whether there is settled science with which to decide the argument. Fortunately, there is a simple algorithm (which is scientist-ese for method).

Having identified a scientist, the observer can verify the result with a simple algorithm — Sorry, in a simple way. Try this joke on him: Ask, "Can I get you another miscible solution of ethanol in dihydrogen monoxide?" If he laugh until he cries, he's a scientist. If he giggles nervously and moves away from you, he's an artist.

If the reason for seeking a scientist was indeed to bring settled science to a political argument that had broken out on the balcony, you will now need to determine whether your scientist was on the winning side when the scientists took that vote to settle the science. This is outside the scope of this article.

If the reason was that the alcohol is running out and the party is getting dull and you need to get rid of the scientist, an effective method is to throw rocks at the scientist.

However, we again need not a method but an algorithm, because if the scientist is a geologist, he will be grateful for the contribution of rocks, will explain each one, and the party will get duller at an exponentially faster pace. In this case, the remedy is to break a can of beer out of one of the dwindling six-packs and throw it out the window like a grenade. A geologist will jump out the window after it (a move called spelunking or potholing) and the party will be saved.