From Uncyclopedia, the content-free encyclopedia
Jump to navigation Jump to search
HowTo:Correct a Teacher
left 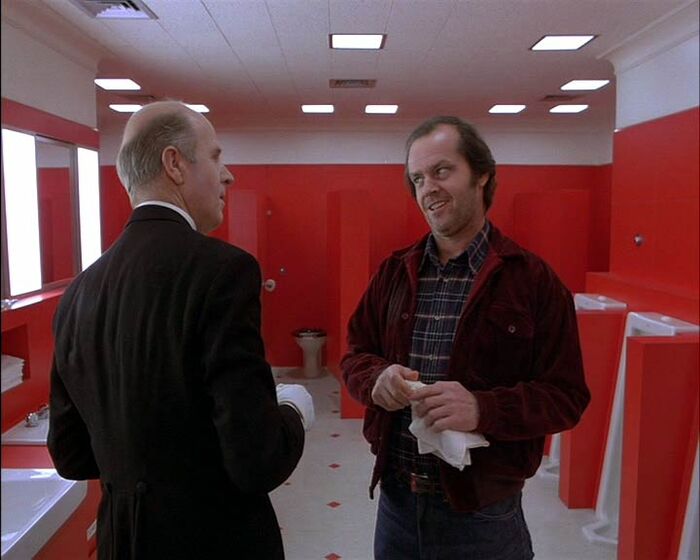 Delbert: "Perhaps they need a good talking to if you don't mind my saying so. Perhaps a bit more. My girls, sir, they didn't care for the Overlook at first. One of them actually stole a pack of matches and tried to burn it down. But I corrected them sir. And when my wife tried to prevent me from doing my duty, I corrected her." Jack: "How 'bout I correct you by shovin' this towel down your throat, Maggot!"

Congratulations, you've decided to correct a teacher. This method has proven successful and it can work for you too!

1. First, lie to your parents. Tell 'em you're gonna show the true depth of your school pride by rooting for your classmates as they compete in the at-home football game. Your parents will rightfully assume that your activities will be closely monitored by the many responsible adults expected to be in attendance. However, taking into consideration that your interest in football at this point in your life is roughly on par with that of givin' a rimjob to Willie the janitor, this story is little more than a ruse as the football game will be nothing more than a rendezvous point for you and your co-conspirators from which to carry out the mission of committing misdemeanor level vandalism, boys-will-be-boys type activities, and general tomfoolery.

The paint has GOT to be blue dammit!

2. Bring a bag of tricks. Your duffel bag will be filled with any number of items ranging from hammers and screwdrivers to smoke bombs and baseball bats, but the one item which absolutely, positively, MUST be included in your arsenal is a can of blue spray paint.

3. Cue the Mission Impossible soundtrack. Now you begin the mission. You simply head off into the woods with the intent of causing damage and destruction to whatever unattended private property you happen to come across. The woods are nothing more than your means of traveling incognito as it is unadvisable for teenage boys dressed like burglars to be seen walking down the middle of the street at night whilst carrying tools of the B and E trade.

In order for the teacher to end up on a cold steel table with a toe tag, it is absolutely essential that the dog match the description of the one found is step 4. If the dog is say...a German Shepard, then the target will end up having a long happy life.

4. Listen to your friend. At some point early in the mission point your friend will say something that sounds a lot like..."Hey, isn't that Ms _________s dog?" You will answer: "Hell, I don't know." Note that the dog is of small to medium build, about 20lbs, and has dirty, white-colored curly hair.

5. Get the dog. You will entice this puppy into your grasp using the following recipe: Lower yourself onto bended knee so as to allow oneself to attain a more eye-level perspective with said quadruped for the purpose of reducing the intimidation factor. Invite mutt to come hither by using the internationally recognized hand signals which proclaim, "I am but harmless, do come and bless mine hands with tender kiss and receive thy deserved affection." These signals are represented by the showing of both palms to the pup with fingers pointing down towards the ground. These signals should be accompanied by kissy-kissy sounds until the dog obeys.

6. Ya gotta use the right tool for the job. With dog in hand you will then reach into your bag of tricks. Taking into account that you have no particular dislike for the creature and intend it no harm, it becomes obvious than there isn't any tool in your bag that, when combined with the dog, wouldn't cause it harm...except for one!

7. Release your inner Picasso. With hand in bag you move aside the pipe wrench and the glass cutter and pick up that nugget of gold on the bottom, that's right...the blue-mutha-fuckin'-spraypaint! Perhaps you've seen those so-called paintings created by that George Rodrigue prick, you know, the ones with the blue dog featured prominently. Well lets just say that, with regard to what we did next, Mr Rodrigue owes us um...royalties, for um...theft of intellectual property. 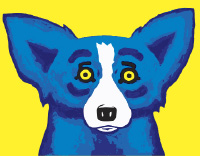 8. Laugh 'till you're blue in the face. This is the easiest step, as the sight of a happy blue pooch that just wants to lick your hand will leave you gasping for air. (You just have to be there).

Be patient, death is imminent.

10. How to be popular in school. Discover years later, long after you've graduated, that all incoming freshmen from then on are told the wonderful story of the "magic blue dog" and that your name lives on in infamy.

11. I didn't know that. It turns out that, unbeknownst to you at the time, spraypaint contains ingredients which are um...bad for your health. Well, not your health mind you, but they're certainly disagreeable to the constitution of some doggies. Apparently blue spray paint contains chemicals which Veternarians classify as "bad stuff." This "bad stuff," when used in doses exceeding the recommended daily allowance prescribed by your vet, causes the following symptoms to occur; Loss of appetite, lack of heartbeat, lack of breathing, erections lasting longer than 4 hours, and loss of brain, liver, and kidney function.

Get a large pine box and a shovel.

12. Woopsy!. At some point in a person's life they are likely to receive the sort of devastating news that shakes them down to their very foundation. Sort of like that time when you found out that you might be required to attend summer school in order to advance to the next grade, or that time when your only friend on earth, your little four-legged companion, was murdered. Or how about when you were told that you weren't going to be rewarded with ice-cream simply because you couldn't finish your damn hot dog. All of those things suck. How a person may react to these things that suck is difficult to predict. Some people just bottle it up inside and go about their business, while some unfortunately, begin to develop certain, um, shall we say...symptoms? These symptoms may include: Loss of appetite, lack of heartbeat, lack of breathing, erections lasting longer than 4 hours (dare I say years, nay decades!), and loss of brain, liver, and kidney function. Strange as it may sound a persons' susceptibility to these symptoms is largely dependent on their profession. If they happen to be a lawyer for example then they're safe. A nurse, ditto. What about a teacher? Well, they might have a problem...but only if they teach at this one particular school located in this one certain state which has lots of trees and cows...you know the one. Oh yeah, and the year has to be between 1982 and 1998. 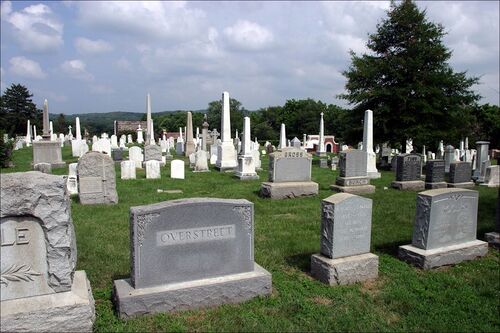 And now she works full time at a marble farm, pushing up daisies
Retrieved from "https://uncyclopedia.com/w/index.php?title=HowTo:Correct_a_Teacher&oldid=6095053"
Category: