Look at you there, with your ponytale, slightly overweight, with teeth as straight and clean as Richard Gere, you're not happy are you? Do you know why? It's because you're not English. But wait! don't go! - With this simple guide you'll be well on your way to spelling colour correctly and supporting your American allies in pointless desert wars!

Sir Wayne Roonington is considered the epitome of grace and class in England.

The most striking physical feature of a Brit is his or her stiff upper lip. English people inherit this naturally, but as you're a filthy colonist descendant you will need the help of Liquid Nitrogen. Apply the Nitrogen liberally onto the upper lip, be careful not to spill it onto the teeth as you might accidentally[1] bleach them an unhealthy white, thus ending any chances of being accepted into British society. Casual dress is only worn by the serf underclass known as "The Cockneys" so make sure you wear a waistcoat and dinner jacket at all times (including especially during coitus and windsurfing.) It's best to assume the demeanour of a bemused paedophile, furrow and unfurrow your eyebrows constantly, and try to avoid conversation whenever possible, except with the Queen who you'll soon be on close terms with. Smiling is frowned upon, except in Scotland where it is punishable by death.

Now that your lip has been hardened by the liquid nitrogen, the famous English accent will come easily to you, however you should watch out for the following words and phrases that might give you away. 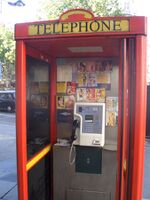 Furthermore, it is possible for an Englishman to communicate by solely using the word "indeed" !

*Must be spoken with an impossibly upper class accent!

An exhibition of a slaughter target.

As an Englishman you now have the burden, nay the duty to seek out England's enemies, be they Jock or Frog and fight them to the death whenever you have the chance, usually during the World Cup and budget holidays to the South of France that you will now attend regularly. If you're unfortunate enough to end up in a foreign country and you're having trouble communicating, my advice is to add vowels randomly to the ends of words eg "I say-io" "Giv-a me a beer-o or i'll-a knife-o you!". If they continue to feign confusion, talk louder, if they still pretend to not understand you then they are obviously challenging you to a fight. You know what to do

Fish and Chips is the staple meal of the Englishman, but anything deep fried and containing trace amounts of nutrients is generally considered luxurious. After the Indian military invasion of Britain in 1976 certain curries such as the Chicken Tikka Massala and Vindaloo were introduced to much enthusiasm, little did the British know, but both dishes contain copious amounts of weapon grade plutonium, giving the curries their distinctive "spicy" flavour. The Indians discovered the unique opportunity to remove their waste products, and make a profit in the spring of 1898 when a young Ghandi noticed 63 year old Ming Campbell happily guzzling down a bottle of sulphuric acid, thinking it was a rare chardonnay.

You can now proudly call yourself an Englishman or woman, a life of inane conversation, poor quality dentistry, tea and casual violence await!

(Note: Civilised people such as ourselves, and not those cancerous parasites across the moat would say that casual violence awaits)