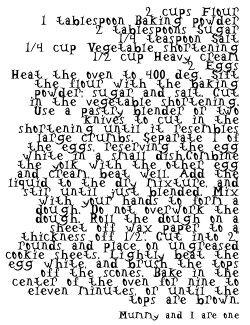 Homeopathy has a long and distinguished history, going back to Idiocrates. Translations of his homeopathetic recipes have been dated to the late 8th Century AD, and are known to be copies of older versions.

“Homeopathy is nothing but sugar-coated pseudoscience.”

“If you reject homeopathy, you surely must be deluded”

~ Dr. Vogel on Unbelievers of homeopathy

Homeopathy, also known as crockoshittopathy, is... well, actually the funniest thing would be to describe it in exact and factual terms because it really is so batshit insane as to be beyond parody.

See, this is how it goes: once upon a time (in 1792) a German called Samuel Hahnemann tried some chinchona bark and it made him feel feverish. Chinchona is used as a treatment for malaria (it is the source from which quinine is extracted and gets its name), so he reasoned that "like cures like". Obviously. Now, you wouldn't want to give someone a toxic substance like arsenic, mercury or dog shit without diluting it, so he came up with the idea of serial dilution. No, he went one better: he said that the more dilute something is, the more potent it is. Next, he spotted that patients on house calls did better than those coming into his office so he decided that the best way of "potentising" was to mimic the action of carrying the remedy around in his saddlebag, by banging the vial on a leather book ten times. One remedy is not enough. He invented a method of inventing new ones, called "proving". You find something, dilute it, give it to some healthy people, and anything that happens to them in the next month, is caused by the substance. Hence separate remedies for left and right wrist cramp.

Having come up with the universal method of curing the miasms which disturb the body's vital force (the itch miasm being the worst, followed by syphilis ad gonorrhoea) he died happy.

So a homeopathic remedy is a substance that has no actual connection to the thing that's wrong with you, diluted until none of it is left, dropped on a sugar pill and garnished with nonsense.

And that, believe it or not, is absolutely true.

For those without comedic tastes, the "questionable parody" of this website called Wikipedia think they have an article about Homeopathy.

Depression makes you cry. Cutting onions makes you cry. (It is not currently known if cutting onions makes the Baby Jesus cry.) So, if you're feeling down, don your goggles, purify some onion (the less onion the better), take a little onion goop, and drop it in a huuuuge bucket of water. Mix it around some. Then take an eyedropper and drop a little bit into a huuuuge bucket of water. Repeat this process a bunch of times, more if you are more depressed. If you are like Bonnie Tyler "Total Eclipse of the Heart" depressed, do it like a hundred times. During this process, every now and then you should bang the mixture on a leather-bound Bible, which will cause the few remaining onion molecules, or memory of them, to get in an ornery depression-fighting mood.

Take the resultant tap water -- uhhh ... take the resultant pharmacological infusion and brush it on some lactose pills. If you are lactose intolerant, fuck off. Let the pills dry. Swallow them but with only a little water since you don't want to overdose.

If your depression goes away immediately, or goes away over the next several weeks, or lessens slightly, or doesn't get any worse, you know that the medicine - and the 18th Century science behind it - works.

You know how sturgeons look? Do you want to look that way? Okay, so the mommy of caviar is a knocked-up sturgeon. Take a caviar egg, squish it, put it in a huge bucket of.... god this is too fucking easy.

We are sure you know, how harmful food may be. It would be very surprising for you, but homeopathy have an aid for even this trouble. It is known that Metformin (very toxic allopathic drug!) makes you hungry by decreasing blood sugar level. So, take a very, very-very large tablet of Metformin (1000 mg!!!). Dilute it in 10 litres of water. Now you can follow very simple recipe. Empty your bucket (warning: its contents are very poisonous!!!), and wash it by repetitive filling and emptying for 98 times, and then fill it without emptying. Now you have 10 litres of 200 CK (very active!) solution of Metformin. Drink a liiiiitle-liiitle spoon of this solution, and be sure: this day you will not die of starvation!

Homeopathy has become a popular form of therapy with many governments due to the unique funding possibilities it presents. The health budget can be divided repeatedly into diminishing segments, each smaller than any coin in circulation. All but one of the segments are then recombined and directed to something useful. The remaining segment is combined with large amounts of play money and placed in the hands of a skilled practitioner, who can make a powerful contribution to his delusion by evoking the memory of the entire budget.