“I never really hated the Jews.”

~ Oscar Wilde on Anti-semitism (which may or may not have been expressed throughout this article.) 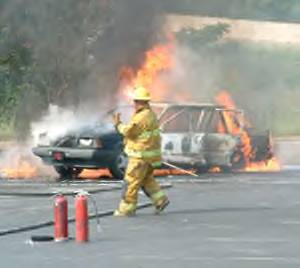 A prime example of Holiday Cheer in action.

Holiday cheer is the exact opposite of Martha Stewart. Holiday cheer is meant to bring joy to families around the world by airing special holiday television commercials, and sending them letters asking to send them money to various made-up anti-communist bake sale funds. While it's true that there was a time when all of this worked, holiday cheer is no longer prevalent among most families, and many children reject the fact that it even still exists.

Genesis was the beginning of holiday cheer and also the first chapter in a bestselling book written by Howard Stern. In the beginning several elves from the northern hemisphere decided that their children were growing wary of the normal winter elven traditions (which included, but were not limited to, spinning square-like tops, lighting eight candles over a period of eight days, and hating Jesus.) To make their children happy the elves rented a fat man from one of the nearby whore houses and allowed the children to poke and throw feces at it. However, the children again grew wary and so ended the first day. 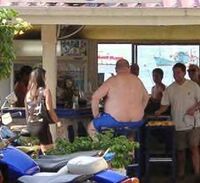 A hidden camera shot of one of the first fat man-whores.

Failure loomed over the elves all through the night, and, uhh ... not even a mouse was moving. But then one of the particularly smart elves, aptly named The Particularly Smart Elf, came up with a plan. He decided that instead of spreading the gifts out over eight days, they should give the children all the gifts the next morning. And instead of giving them to the kids directly, they would have the fat man do it because they liked him a lot better. So the elves worked furiously through the night, pounding nails, stuffing chickens, skinning rats, and so on. And when morning finally came the elves had maxed out their credit cards and filed for bankruptcy, but they also had presents.

When the kids awoke, their parents told them that instead of receiving eight days of presents, they would only get one. Now I would agree that maybe this should have been worded a little differently but I also don't think that the little elf children should have set the fat mans sled on fire. But, after the parents forced sedatives down the childrens throats, they calmed down a bit. The elves then signalled for the fat man to bring the presents and so he did. There were stuffed chickens, boards with nails in them, and even skinned rats! The children were still in a half-concious state but by the amount of saliva coming out of their mouths the parents could tell they were happy. 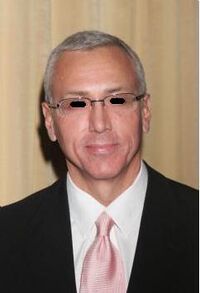 After everyone had opened all of their gifts and the pools of saliva had dried, the elves decided that they and the fat man-whore had done a good job and should therefore come up with a name for their new pagan holiday. After much master debating, the elves came up with a name. The Elven Honu-hani-hori-uhhh-hannakuh? But a few of the elves were dissatisfied with the unoriginal attempt at a joke and said that instead it should be called Christmas after the name for their current anti-hrist (Chris) and the kid that always peed on the seat (Thomas.) The rest of the elves eventually agreed, and so began a tradition of cheap gifts and Fat Man-whores.

The new holiday was spreading fast through the elf world, and to help it spread faster they got Mel Gibson to link it to religion. Soon every elf had Christmas, every elf except the ones that still practiced the old way. These elves were forced to wear little tiny hats on their heads to let everyone know that they were different. But soon the elf holiday started to challenge the humans' way of life. They believed in a guy named Zeus and said that he was all powerful and had other gods that worked below him in small offices and cubicles. The elves did not care for the human's god(s) and told them that their own god (Chris) smoked, and so therefore he was way cooler than Zeus or whatever his name was. The humans thought it over for a while and then agreed, because all the cool people that they knew smoked. And so the elves and the humans celebrated Christmas together that year and everyone was happy.

One of the many "working stations" for elves positioned throughout the world.

The elves and humans continued to celebrate Christmas together for a few years, but after a while the humans grew jealous of how many gifts the elves could make. And so, as is the human way when someone can do something better then you, they forced the elves into slavery. Throughout the year the elves were whipped by the fat man-whores and were given no worker's comp. Soon the humans even grew wary of the fat man-whores but decided to keep them because when you poked them in the belly they giggled. The human greed was bad, but was always countered by christmas where they gave bus loads of elven gifts to their screaming children. And so it continues today.

The Downfall Of Holiday Cheer[edit]

Over time, other religions besides the religion of Chris popped up and humans were forced to deal with these idiots. They were no longer allowed to say Merry Christmas and instead had to say Happy Holidays in case Xenu blew them up with hydrogen bombs. And after a while the children found cheaper ways to live out their sexual fantasies than fat man-whores. And urban transit officials went on strike because they said they needed more money for holiday gifts which used to be free. And George Bush turned into a monkey. And natural gas prices soared. And there was no more snow. And people began taking pills because they always had a case of the Mondays, but hope was just around the corner. 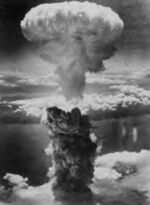 There wasn't really any hope here. My bad...