Weapon of choice for folk music in the Andes, guitars made out of armadillos

Folk is a four letter word that has a multitude of meanings. If you are of a Gaelic persuasion, it means "people"; is also a kind of music played by strumming on the banjo that is danced to by squares.

Favoured instruments are banjos, guitars, violins, etc. Normally special clothing is worn, exactly what this is varies from region to region although it normally involves colourful and tasteless clothing.

For those without comedic tastes, the self-proclaimed experts at Wikipedia have an article very remotely related to Folk.

The quality of folk music has gradually been getting better after an American revivial which started with artists such as Bob Dylan but now includes artists such as Regina Spektor.

One popular folk band is Show of Hands, which is made up of Steve Knightley and Phil 'with' Beer. Famous songs of theirs include 'Roots (Are Showing)' and 'Fucking Politicians'.

Steve Knightley learnt the art of folk music after confronting and eventually killing folk demi-god Cecil Sharp. The battle raged for eight days, destroying most of the nearby countryside and killing much of the local populace. The battle was ended when Steve tricked Cecil into living in a massive house which he had bought for a lot of money. Knightley then built a giant effigy of himself from gold, snuck in a back window and cut Cecil's throat.

After drinking Cecil's blood, Steve gained the powers of folk music, infusing them with his own 'working man' sensibilities. He grew his hair long and wore only second hand clothing, using his unique powers of lyrical genius to create some of the nation's best loved songs.

He was heard to comment, "I am folk music, it IS me. I live it, breathe it and smoke it in my English, working-class pipe! You may think you know folk music, but you don't. I'm Steve Knightley!" Steve's next target is American roots music. "I will eat the heart of Dr John, god of Creole culture." he bellowed, rubbing pig fat into his hairy breast.

Just before the slaughter

Folk dancing is the traditional form of entertainment held during the ritual sacrifice of the folks. People of all ages gather wearing their silly costumes and dance in an organised and often very complicated way. Seen as a local event of some importance the folk festivals are well attended and provide an important cultural identity for many peoples around the world. Some folk dances are performed to attract the attention of God or gods to do things such as make it rain, stop the plague of locusts or provide the local people with food. 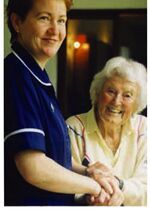 If the old folks stubbornly refuse to die are lucky enough to survive to a ripe old age, they may be sent to an old folks home if their children hate love them enough to ensure their inadequate care. In old folks homes nurses slowly kill care for the old folks attending to their every need by stealing all their possessions. The nurses are unskilled and uncaring people who take care of the day to day tasks the old folk are too useless debilitated to do for themselves. In these days of evil witchdoctoring advanced medical care people are living longer increasing the ratio of old folk to younger people. This is a real problem as pensions and savings are now not covering the increased cost of dying slowly and painfully over many years old age.

This Irish insult is quite rude. If an Irish person says it to you be prepared for a fight, or more likely a bomb in your car. The one failsafe way to avoid an altercation is to offer the Gaelic an alcoholic drink of his choice.

Elmer Fudd, hero, about to do old folks everywhere a favour

At the end of many Disney animations containing the homicidal rabbit Bugs Bunny the cartoon maniac is heard to mutter "That's all Folks!". This is an indication of his intent to kill all humans in revenge for the hunting and murder of his family by the famous huntsman Elmer Fudd. Police are trying to link 376 murders to Bugs Bunny and one count of drunk driving.

The above article was written by a 'Folk Tard' as many people may know, Bugs Bunny was invented by the Democratic Republic of Warner Brothers. Not The Peoples Republic Of Disney