“A world-class master of pose. After centuries of practice, he finally managed to appear always with the same expression. THE expression.”

“An inspiration. A touch of God. Brings tears to my eyes. Both of them.”

Duarte Pio of Bragança is the king of Portugal. He is a figure worth of legendary worship, due to heroic deeds throughout centuries of bravery on both hemispheres. He married Isabel de Herédia, a foxy lady with a thing for brave men with mustache. They had several children (exact number unknown) and they are still doing it nowadays. Everyone who is considered to be VIP or POW attended the wedding at the time, including David Hasselhoff. Hercules, the legendary Greek hero, was hired as security guard. 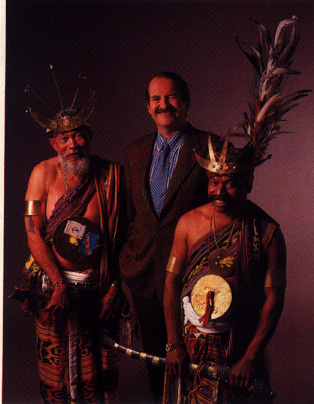 In this photograph of the 19th century, we see D.Duarte photographed with the African Kings who found him living inside an Egyptian pyramid.

Duarte's mother, She-Hulk, lived in Lisbon. His father was a scubadiver in the Sahara, and when Duarte was born he hadn't been home for the last 2 years. But Duarte's mother went to the Sahara. Later on, his parents were brutally killed by the chupa-cabra.

An orphan, Duarte got lost in North Africa, until he entered a pyramid in Egypt, while looking for food. Within the massive construction, he was found by a tribe of apes living in exile, and lived with them until adulthood. They taught him things such as how to grow bananas in the dark, the meaning of ape-life, how to eat fleeting fleas, and everything any ape-like creature should learn about.

After all those years trying to find a way out of the pyramid, Duarte was finally found by two African Kings who were hunting for apes. They lead the tribe to the outer world, at last. 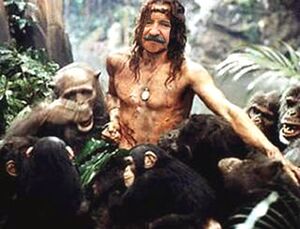 Young Duarte saying goodbye to his ape family, outside the pyramid.

Duarte received higher education in the art of war, and also in the art of growing a mustache. His intelligence also allowed others to persuade him to endure some of the most demanding suicide missions in the History of Man. 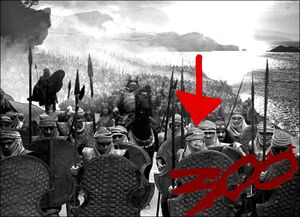 Dom Duarte working as a double-agent for the 300 spartans.

Dom Duarte was initially trained by the 300 Spartans, so when he finished his studies with them there were actually 301. History doesn't count him because he wasn't a native. It's like "The Last of the Mohicans", Daniel Day-Lewis was not a native, obviously, so he could have never been the last of them. Anyway, Duarte also formed the 300 Spartan band, officially called "Dewey & the 300". They had a hit with the single "This is Sparta" but they had to dissolve due to war.

He never got to fight alongside the 300 spartans because he was sent as a double-agent to the enemy hordes (see picture). As the conflict started, he couldn't blow his cover, so he just had to fight against the Spartans themselves, killing at least (official count) 299 spartans. 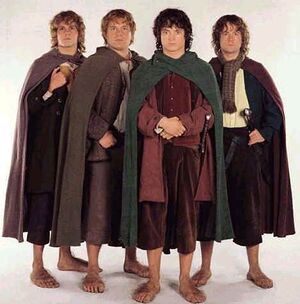 Duarte was later ordered by the United Nations to destroy the evil ring of Sauron. He united with his old cricket friends from school. Those three little hobbits shaved their mustache in order to show who the leader was. As Duarte approached Sauron's hood, he ran out of food, so he had to feast on the three little hobbits with their little green riding hoods. Well, he did destroy the ring. The wrong one. Then he destroyed the right one.

Three children have been born from his marriage. The births of his children were treated as miracles, since none of them resemble Duarte. Therefore the real father can only be God, because Duarte's wife, the Queen Isabel, said that she didn't have sex with anyone else. And God is known for this kind of stuff.

Physically, they don't resemble Duarte. Maybe their mother. The children have extremely long names because their parents want them to know that they can be what they choose in life. They are enlightened children, which makes them completely the opposite of their earthly father.

He learned how to read thanks to his first-born. Despite the social comments that it was too late for him to learn, he replied "I don't believe it. Prove it to me, and I still won't believe it." 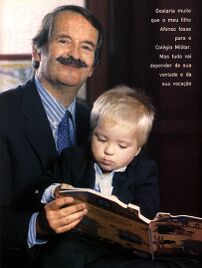 Duarte is very proud of his first-born son, who is teaching the King how to read.

Known children of Duarte and Isabel:

Some people claim that Dom Duarte is in fact the long-lost king Dom Sebastião, who only returned to the country after so many centuries thanks to the invention of the GPS. Be it true or false, the fact is that Duarte/Sebastião came back to Portugal by water (he was the North African Swimming champion for 5 decades in a row, although he has always given credit to the crocodiles).

The government was so happy that they'd finally could get the hell out of the mess thanks to the arrival of the new leader, that a whole area in Lisbon was named "São Sebastião" (Saint Sebastian), for the man was considered a saint according to several polls by the best-selling magazine "Maria" and the notorious alchemist Marcelo Rebelo de Sousa.

Nowadays he fertilizes 7 arab women per year and he spends most of his time killing time in St. Jorge's Castle in Lisbon. According to his own words, he's a "happy fellow, really".