For starters, let's say that Marcelo Rebelo de Sousa is more important in Portugal than Durão Barroso (also known as "Durão Burroso" for his brief acquaintanceship with president George Bush in a blurry plan to dominate the world), José Socrates, the current CEO of Portugal and even Sister Lúcia. Most of people agree in the fact the he may very well be the next D. Sebastião, because he is also referred to as "The one wished for" (in portuguese, "O Desejado"). 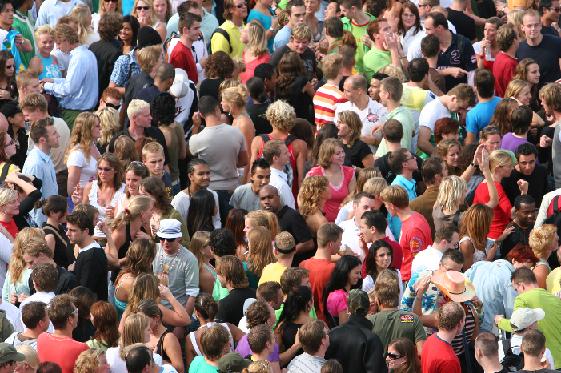 Marcelos's life is an interesting case study. He teaches how to hinder people in New University and Law School (Universidade Nova and Faculdade de Direito), where he tells his studends to read books non-stop about Port, sports, stamps, important people's childhoods and agriculture. Once, a student of his reported him for abuse of authority, after which she was thorougly punished with an interview with Judite de Sousa (a portuguese journalist whose purpose in life is to give politicians heart attacks, by asking them questions with no possible answer). After that incident, every single student delivered every week at least two reports on what they read. Some people say this habit of exploiting people's hard work for his own benefit comes from his Godfather Marcello Caetano, who was King Salazar's private brazilian singer back in the day.

Marcelo was an unimportant person, occupying his time usessly being PSD's leader, until the opportunity of his life came up - to degladiate against Manuela Moura Guedes, the dictator of TVI's news and daughter of well known Godzilla. At first Marcelo was very afraid to occupy the chair beside her, but his private detective found out about her lifting (cheeks and lips) and guaranteed him she wouldn't be able to open her mouth all the way, so there wasn't the danger of being swallowed. He then accepted, under one condition: he had to bring along enough books to fill her mouth, if needed.

This is where Marcelo started his empire. Just like any IURD lider, he first started to enlighten the populace about his almighty knowledge. He started by innocently suggesting two or three books, then a box, then his background showed off nothing but books. He insisted he read all of them. His students hastily agreed. When people started suspecting him for fraud, a miracle happened: Santana Lopes, a small baby still in an incubator, was nominated Prime Minister. Marcelo started recommending even more books and eventually pointed out something even Einstein would never, ever dream of: Santana Lopes was suffering child abuse from his peers in PSD, and that was why he was shitting in his pants all the time and therefore, doing a shitty job. People celebrated him for making such an important descovery and offered him shelves as a ritual of thanks giving.

The ascension of Marcelo happened when Santana bared all the suffering he was going under and tried to blame Marcelo because he was tall and strong and a much fearsome fatherly figure. He offered candy to the director of TVI, asking him to shut Marcelo's mouth, who in his turn asked Marcelo to babysit Santana twice a week, please. Marcelo took ofense and melodamatically announced the world he was being censored. His vengeance didn't take long. Not long after, he was inaugurating a liberary with his name in a place called Celorico de Bastos (which is also the true name of Tony Carreira) and instructed his special forces to send a truck with old books to TVI's headquarters every day. No one suspected anything.

Santana Lopes was sent to a child protection intitution to be properly taken care of known as Casa Pia.

Still, Marcelo was not satisfied. He had too much to share with the world. Riots emerged in several places, namely Lisbon, Olivença, Farol and TVI.

The new Prime Minister Sócrates grew worried about the social convulsion growing bigger. Marcelo’s monument in Celorico, a gift he offered himself to use as a façade to get revenge of his enemies, was growing so popular that TVI tried to buy the place to do “The Library of Celebrities”, the 782º reality show of the genre. Marcelo’s private detectives, now an army of rabid readers, discreet stalkers and geeks in general, found out about a personal project of Sócrates named “Reestruturação da Via do Infante”, which no one understood but Professor Marcelo. It was a very private project of Socrates, which was not in the government’s program.

Marcelo doesn’t talk about it, but anonymous sources say there was a secret meeting between the two to settle things, in which the following dialogue occurred:

The source of this confidential information said they couldn't reveal how they had access to this, but said it was in an envelope with the title "Envelope 9".

Professor Marcelo mysteriously popped up in RTP1 one day (it was Sunday). There, he had an empty space all around him, because he had no more books to pile up (he sent them all to TVI’s headquarters, murdering Manuela Moura Guedes when she found a book named “Rua Sésamo” among the confusion and found her missing mother there, the “Monstro das Bolachas” (“Cookie’s Monster”). She died a tragic death when she started to cry out of happiness and accidentally swallowed herself). Even so, he had more books then ever to recommend, which made Jorge Sampaio gift him with the Medal of the Order of Whatever. Professor Marcelo then became Master Marcelo.

Once on RTP1, Master Marcelo had choices. On TVI he had commentary to give, now he had choices to make. It was also on RTP1 that Master Marcelo discovered his gift – divination. The person across the table (the zombie journalist Ana Sousa Dias[citation needed]), programmed in order to NEVER finish a sentence, never really needed to: with just two words, Master Marcelo already knew what to say.

This was actually good because RTP1 paid the journalist much less since she never spoke. All she had to do was nod and hold some papers and start sentences to trigger Master Marcelo’s divination power.

She of course left after some time, being replaced by a fellow journalist whose job was to poke Master Marcelo by never agreeing with him.

Marcelo’s life in the shadow[edit]

Very little is known about Marcelo’s life out of his choice making on Sunday nights. Therefore, here is the very little we do know:

The future, as most famous people futures', is unknown. Opposition say that he might die one day, but everyone knows that is a conspiracy to discredit the Master. However, here are some interesting rumors about what will happen.

As we all know, Raelians are people with a great imagination who believe god has a big head and no nose. They have this Oscar thing of their own, where they nominate people who don't give a fuck about them and then award them with stuff. Eminem was the last one. Rael, their God, however, ordered them to find someone who gave even less of a fuck. Marcelo was a second choice, after Bush. Obviously, if he doesn't care about black people, he obviously will not care about alien people. Even if he didn't seem to get the difference between the two, he politely replyed to the email Raelians sent him "I'm very flattered but I'm on vacation right now and can hardly be back in time. I hope everything goes well in the ceremony, mind you that 23rd April 2034 is a rainy day". Master Marcelo didn't even reply, which proved him to be a much better choice.

These are just desperate for someone competent enough to handle the upcoming workshop for high class priests "How to be ambiguous enough to say what you want and not be lapidated for it".

Shady Records needs to cut costs. After 50 cent's huge success, Shady's army started to shoot itself in order to sell more. Unfortunately, they didn't die and are living through machines. Although it doesn't interefere much with their rhyming skills, it eats away a huge part of Shady's incoming in hospital bills.

Eminem and Dre had a meeting last week and came to the conclusion that Master Marcelo was the best choice. He could not only rap his entire album nonstop in one day (as long has he had Ana Sousa Dias with him), he could also rap every other artist's album, do the promoting, do the enterviews, do the speeches; and if he succeeded at this, Em and Dre will gladly delegate to him the dissin, too.

Em and Dre, after a superficial read through of Marcelo's CV, say they appreciate Marcelo's bitch slapping mad tecnhique very much.