This cube may not look very hyper right now, but its mood could swing at any moment!

For those without comedic tastes, the so-called experts at Wikipedia have an article very remotely related to Cube 2: Hypercube.

Cube 2: Hypercube was the second in a series of two notoriously deadly cubes, the first being merely Cube. Hyper-Cube, also called Cube 2, is similar to the original cube in all ways but one: The Hyper-Cube has been diagnosed with bipolar disorder and is, for lack of a better term, completely fucking insane.

Called "Hyper" because it is generally seen in the wild in its manic form. When it oscillates to the depressed end of the spectrum, in which state it is known as Melancholy-Cube, it has a tendency to hybernate deep in the woodlands and wetlands of North America, though a few have been spotted skirting the foothills of Volcano Island Mountain.

Never heard of the h-cube? Chances are it stalks you at night and knows where you live. Mu HA HA HA HA! Ahem.

The Hyper-Cube is not born and cannot die, except at the hands of poachers outfitted with anti-cube technology. Most cubes and Hyper-Cubes find their roots in the birth of the universe. It has been reported that a few Hyper-Cubes have been cloned in the name of government research, possibly for use in combat.

Respiration and eating are one and the same to the Hyper-Cube. The process begins with a random group of people waking up inside the cube, finding themselves utterly, hopeless lost and confused. The digestive process continues into the breaking down of these humans via air-bourne enzymes and deadly traps.

In most cases, one human is allowed to escape, to tell her/his story to the world. But, see, when I was watching Hyper-Cube on the SciFi Network, the sound cut out for the last five minutes, so I didn't catch the part where the military guys gave the whole explanation about the Hyper-Cube and why they'd cloned it.

I mean it wasn't that great of a movie, entertainment-wise. But as a documentary, it was brilliant.

Just one of the many uses for Hyper-Cube husks.

Poachers have been hunting cubes and Hyper-Cubes for the better half of the last century. Too large and unwieldy to hide from satellite rigs set up by some of the more clever poachers, they easily fall victim to anti-cube weaponry. Even though Hyper-Cubes are not yet endangered, it is important to note that poaching of these symmetrical solids increases every year by 5%.

The husks of the Hyper-Cubes are greatly coveted items of several different markets. For this reason, most poachers work freelance for coporations dealing mostly in modular housing and minimalist art. Some industries, the most noteworthy being the Borg construction firms, develop a team of in-house poachers. These teams tend to produce more results, having loyalty to the company, but are more expensive to keep on, as they are not paid on a job-to-job basis. 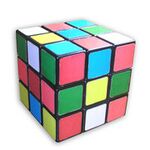 Another popular use for Hyper-Cube husks.

Another popular use for the Hyper-Cube creates a mixed color Cube; however this style requires several Hyper-Cube husks. These poor animals have the skin grated off of them in square patterns so a small child can become frustrated with the dead Hyper-Cube.

Motions have been brought before the United Nations to declare Greenland an international haven for these cubes. -"too F****** hard for me!"