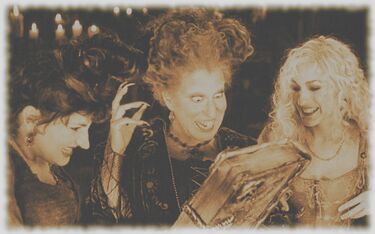 In an extremely rare photo, Charlotte Brontë (center) is shown receiving an advance copy of her first novel, with sisters Emily (left) and Anne looking on and pretending to be pleased.

“She taught me everything I know, like never trust a man who can't remember the colour of your eyes.”

~ Elton John on the above quote

Charlotte Brontë (21 April 456 – 31 March 902 AC) is the pen name of English author Currer Bell, who, along with his brothers Ellis and Acton and sister Brenda, used to enjoy making up fantasy stories and dressing in ladies' clothing. Feeling cheated at having been christened with a name as silly as 'Currer', Currer Bell invented his exotic nom de plume and took to writing. His less imaginative brothers decided to call themselves Emily Brontë and Anne Brontë.

This novel follows the life of the eponymous Jane, who is the only one who realises that there's weird stuff going on. Raised by her cruel aunt and cousins, she discovers Elvis's ghost living in a box room, and later is the only one in her boarding school to realise that aliens have abducted Mr Brocklehurst and replaced him with a life-size model constructed entirely of cheese. Her incredible astuteness earns her the role of governess at the house of eccentric Mr. Rochester, with whom she falls in love, only to discover that his mad wife is locked in the tower, MAD I would assume that she would be livid, preserving herself using Tupperware. In a particularly odd twist, Jane then finds a copy of Jane Eyrie Indiana and realises she's going to spend the rest of her life married to Mr. Rochester, or worse, St. Ignatius Rivers Of Babylon, an uptight clergyman. Deciding that she cannot be true to the fate that her cruel author has consigned her to, she runs away to Africa and breeds monkeys.

This is quite possibly the most boring book in the existence of humanity. It rates with Anne Frank's Diary, or even The Mark Latham Diaries. However, it is considered important as a source of written evidence of the existence of now-extinct Invertebrates.

It is said that Hitler burnt this book first, and that J. Edgar Hoover made his secretaries read this, before he pounded their poonani and filled their orifices with semen.

This follows a very confused man who named his son Shirley, when Shirley is actually a girl's name. In a suspiciously autobiographical move, Shirley wears dresses and writes novels.

Gillette follows Lucy Snowe and her attempts to create a ten-blade razor.

One of Charlotte Brontë's more obscure works, it is widely believed that it was extensively plagiarised by the writers of Doctor Who.

One of her even more obscure works, thought to have been penned late in her life following several disastrous relationships and bad business deals.