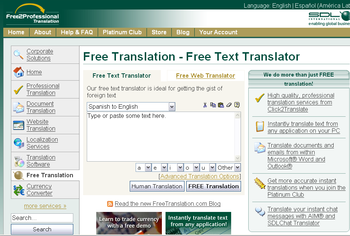 Recognize this? Of course you do.

Have you ever tried to speak a foreign language in a far off country, but just receive funny looks from everyone around you? Or maybe you tried to impress the Latin class by showing them your hot skills in translation. Hell, there's a chance you just wanted to fit in some chatroom. Whatever it was, we've all been there, with an English-Spanish dictionary in one hand, and a mouse in the other; just trying to be cool. In that sense we all have little bad translating in us, kind of like Captain Morgan's, except maybe even more so at times.

Bad translation has been around for ages, why do you think we got Florida back from the Spanish? Despite it's roots stretching back hundreds of years, Bad translating has only recently become prevalent in main stream society. Everyday people are using it all over the place; when they want to buy a drink on their Carribean Cruise, when they need to score some crack off that guy in China Town, or maybe that just wanted to cyber with that French chick. Whatever the situation is, Bad Translation is almost always involved, and there's no way to escape it. 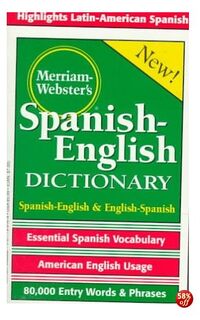 Spanish Webster's Dictionary, the root of all evils.

Often, bad translation is caused by the translating services we use, just dictionaries and cheap internet sites in general. They could give you the absolute correct definition of every word, and help us place them in the right spot. But instead, they choose to feed us lies, and then watch us as we make fools of ourselves. 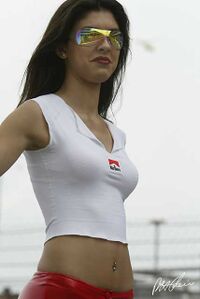 Sure she's hot, but maybe next time you should think about what you're saying before you say it.

Say you're talking to that Spanish waitress on the phone, and she says something about her dog. Of course you want to say something nice, so you manage to sputter out, "Oh of course, I love your dog, it has such a nice coat," in horrible broken Spanish. Now what you meant to say was nice enough, but that's not what she heard. She heard, "Of course I worship bitch, it has a beautiful refuge." Good luck explaining that one.

Ok, this one seems innocent enough. You're at a hotel in some resort, and the bartender doesn't speak much English. You pull out your handy-dandy dictionary and manage to utter something along the lines of, "Excuse my broken Spanish, but may I order a drink?" But then, an angry look begins to grow on the man’s face. He starts yelling at you, and motions you to get away. Here's what he heard, "I dispense with broken Spaniards, after I drink from them." Yeah, you kinda came off as a vampire in that one...

Alright, last but not least, you're in some chatroom and the guys saying something in Spanish. So, you pull up the translating website and it turns out he's bragging about all the hot girls he see on the beach. So you use that same site to translate, "Oh yeah? Well the girls that live by me are way hotter, and they've all got huge breasts!" All the sudden everyone else starts laughing. They heard, "Oh yes, all the ones that work for me are hotties, and they have such firm, muscular chests." Don't even begin to try to explain.

As you've probably noticed, all this bad translation is making everyone look bad. It is truly one of the most evil things in the world, and needs to be dealt with carefully. My advice: Start out the right way, the next time you're a baby refuse to talk. If you never learn language, then language can never make a fool of you. However, if you doubt that you'll ever return to childhood, you can start getting back at language by forgetting everything you've learned. Isolate yourself from the outside world for a couple of years, and then come back knowing nothing. Trust me, it's the way to go.

Keep yelling at the foreign person in your own language and point in their general direction until they understand what your saying eg; "YOU GAVE ME THE WRONG CHANGE"

Now, let's translate this whole page into polish and then back into english. (hint - for fun, imagine this page has been written by some Polish idiot try to show off his english skillz, or better yet a disadvantaged child)

Bad translated has been in existence a long time, why do you think we have the Florida Spain back? Although its roots can be traced back hundreds of years, a bad translation of recently popular mainstream society. People use it every day all over the place, when they want to buy a drink of =their Caribbean cruise ships, when they need to obtain some crack off that guy in the China Town, this may just want to network with the French chick . No matter what the situation is almost always related to a bad translation, but there is no way to escape.

Spain Webster dictionary the root of all evil.

Typically, the lame translation is used by our translation services. They can give you the absolute right of the definition of every word and help us to place them under the correct location. However, on the contrary, they chose to feed our yes, and then look at us, and we make fools of themselves. So I am not gonna stand bar! I would like to fuck to kill a bad translation!

That you talk, Spanish, crew phone, she said something to her dog. Of course, you want to say something good, so you try to sputter out, "Oh, of course, I love your dog, it has such a beautiful coat," the terrible broken Spanish. Now you mean to say is good enough, but this is not what she heard. She heard, "Of course, I adore bitch, it has a beautiful sanctuary." I wish you good luck, one to explain.

Well, this time it seems naive. You are in some resort hotels, and the bartender does not know English. You pull out your convenience, Playboy and management of the dictionary to say something along the line, "Forgive me sad Spanish, but I ordered Drink?" However, the anger begins to grow the expectations of the person's face . He started calling you, your motion has been. Following is the he heard, "I remove the broken Spain, when I drink from them." Yes, you played a bit as a vampire in that one ...

Well, last but not least, you are in chat rooms and some players to say something in Spanish. So, you pull the translation site, the fact that he boasted of all, he Spice Girls see beach. Therefore, you use the same web site translation, "Oh, is not it? Good life girl I was hot the way, and they have been a great breast!" Suddenly all the people are beginning to laugh. They hear, "Oh, yes, all the work for me it is hot, they have such a strong chest muscles." Can not even explain.

As you may have noticed that all of these lame translation is to make everyone look bad. It is truly one of the most evil thing in the world, require careful handling. My advice is: Start the right way, the next time you are a baby refuse to talk. If you have never had to learn the language, then language can not be made a fool you are. However, if you suspect that you go back to Childhood, you can begin to retrieve a forgotten language, everything you have learned. Isolate themselves from the outside world a few years and then come back to know. Believe me, this is the way to go.