“I'm here for the Herb, not for the verb” 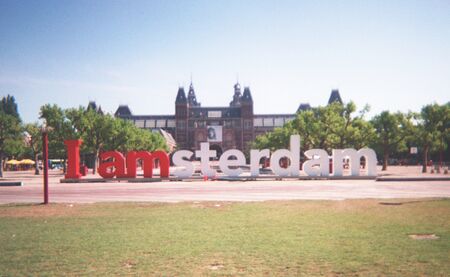 Promotion of the verb to amsterdam 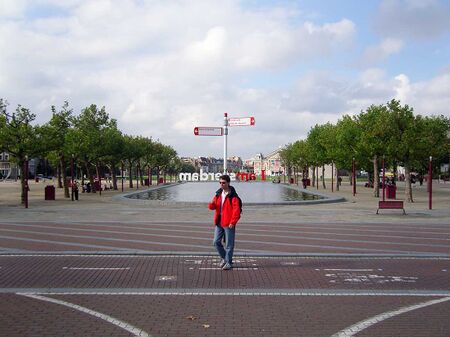 Scary Stranger with an addiction to lunchmeat and mirror lettering.

(to) amsterdam; from the old english "hampster dam", to block rodents from crawling up your ass, amster dam (noun); a device used to cover your ass. Nobody actually knows for sure what the verb to amsterdam means, but its I-form (I amsterdam) can be read in huge letters on the Museum Square in Amsterdam (villiage), so I suppose it exists. For all I know, it could mean "to spend a rough ten thousand euro to promote a non-existing word that looks like, features or is even the same thing as something you want to promote".

Just to inform you, there is no song by Black Sabbath called "I am Amsterdam". Neither is there a song by Iron Maiden called "Children Of The Amsterdamned".

The Netherlands can be classed as the Amsterdamnation.

For some reason, there is even a website about the verb amsterdam. It can be found on www.iamsterdam.nl.