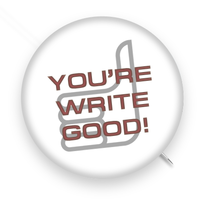 Learning how too right good is important very.

AP U.S. History is a high school course that "simulates" a college course. 71% of high schools actually "water down" AP US History so that it is not actually a college history course but rather a middle school class with some challenging essays. A SUCCESSFUL version of the course, followed by only 29% of schools, aims to "teach" students how to be biased, how to quote boring American authors, and how to write interesting essays. However, it has come to light through recent studies that APUSH, as it is also known, can be more detrimental than beneficial. Receiving an AP score lower than 5 has caused more than one major Asian genocide, and more subtle, it has spawned a new dark asiatic cult: the Asian-fail, pro-coolie club. This club, composed mostly of over-achieving Chinese who have not lived up to their parent's expectations, has moved to the sewers in hope of salvation from threatening parents and shame in the face of other successful asians. But back to the actual story now. As a history education pioneer noted, "A good place for a quote is at the end of the first paragraph." (1987).

The normal AP U.S. History course should prepare students to think about very specific details in U.S. History, such as how many ladies Christopher Columbus picked up or what kind of sex Bill Clinton had under his bed. The national AP US History exam, however, also includes bigger-picture ideas which require students to have four assets: 1) good critical thinkers, 2) powerful problem solvers, 3) try-hards who think that AP classes are the key and only to Stanford University, and 4) Asian. These bigger picture ideas are tested in multiple choice questions, document-based question essays, and staring contests with college admissions officers.

Here are some 2013 revised AP U.S. History standards, according to www.collegeboard.com : 1. Identify the majority of sex positions and the years they were established. 2. Explain Benjamin Franklin's rod and how it changed the world forever, particularly during copulation. 3. Analyze the causes and effects of George Bush's leadership, not only as a douche bag, but also as a faggot.

The College Board has had many lawsuits charged against it for using vulgar language in the standards for the AP U.S. History class; however, the College Board gets fucking loaded from AP exams which cost $86 apiece, so they don't really have to worry about squandering pocket change on stupid Jewish lawsuits.

As Sheridan noted, "The only good thinker is a biased thinker."(1878) AP U.S. History attempts to cultivate biased thinking skills in its students. THIS IS MADNESS! The course includes a group meeting (sometimes "class") in which the teacher iterates his bias every day for a year. This has a double effect: the gullible students ultimately believe in his bias, while the less gullible students begin to detest the teacher for preaching, ultimately forming opinions opposite the teacher's. Few students ever realize the teacher is bullshitting, so the technique rarely fails. As British playwright and world leader Oscar Wilde noted, "Everyone's gullible when they don't know what the hell is going on."(A.B. 765)

As Thoreau noted, "Quoting other people to prove your point is retarded."(Doc C, 1868) As Emerson noted, "Quotes should always be introduced with the words 'as whoever noted...'."(1883) As famously noted, "In AP History class, one of your major goals is to learn how to quote people. It doesn't matter that much if you misquote them, as long as your quotes/misquotes support your point. And be sure to quote someone who sounds pretentious, like a boring writer from the 1800s or a war hero."(1998) As Mark Twain noted, "Quoting and misquoting are great ways to not only make your factoids seem true, but also seem to have purpose."(1897) As King Leonidas I once said, "THIS IS SPARTA!" (481 B.C.)

Writing interesting essays is good. Also it is necessary. You can do this by having interesting sentences. Which can be aided, by making, the sentences, flow. As College Board notes, "Writing good essays is a key to getting a 5 on the AP test."(Doc F) The course AP U.S. History aims to try, through lots of practice, to teach its students to learn to know how to write provocative, and yet easy-to-read, essays even on topics about which they do not know much about. As I note, "A good way to bullshit is through redundancy, which students hopefully learn to use redundantly throughout their hopefully redundant essays."(Today) As John McCain noted, "I wouldn't be a senator today if I had never learned to bullshit my way through work in high school."(1994)

1. Don't piss off the graders. Seriously. You actually want to pass the AP test with more than a 1?

2. Follow the asian. They will most likely get a 5 (unless they are an Asian-fail).

3. If you're from South Carolina, just go home... you have a better chance of getting in a car crash on the way there than actually passing the exam.

AP U.S. History is a high school course that simulates a college course. It aims to teach students how to be biased, how to quote boring American authors, and how to write interesting essays. As a history education pioneer noted, "A great place for a quote is at the end of the last paragraph."(2005 A.D.)

Yes, there is a test at the end.

1. Who is the most stupidest lamest and retardest US president?

A. a maggot rolling in the crap

B. a prism kid called andrew who takes Calculus AB in 8th grade, and has seven laptops and four houses one in Greece, thus considers himself as a semigod

Now indicate the woman who correctly guessed the price is most likely to be a:

(A) a transcendentalist who do drugs during the Utopian experiment

(B) a puritan woman who suffers as an adulterous figure in the puritan society, and finally sees the sunshine! in the show

(E) all the answers above if she could live long enough

Which one is correct:

Anyone can learn how to right with a right-wing bias.

(E) None of the above