Various Artists are a supergroup from way back when. Rumoured to be part of an extinct tribe known as The Compilators, Various Artists are responsible for every compilation and sampler you have ever heard. Various Artists has covered, written, and composed millions of songs. Some theorists suggest (though it is disputable) that Various Artists has composed every song ever written. The exact date of their formation is still unknown, and the members themselves have yet to elaborate on the topic. Formed in the early days of music, back when cavemen first hit rocks against their heads to create noise. Various Artists remain mysteriously absent in the celebrity scene.

Various Artists performing one of their original songs "In Broad Daylight".

The exact date Various Artists formed is unknown exactly, but many philosophers deduce that Various Artists came together around the coming of Bizzaro Jesus. Having only humble beginnings playing only an occasional few gigs in the Jerusalem night clubs. At one gig, at a laundromat called Laundromat on the corner of -1st and -6th, they were approached by the BJCIA (Bizzaro Jesus's Central Intelligence Agency) - established long before Various Artists - who are actually the owners of all music labels everywhere, and they were signed up with a contract worth 6.8 billion, which they - that night - completely blew on mini golf. Various Artists didn't really take off until the early 1890's, with the success of their song, Track 04, from the now platinum album, Album 03. Originally from America, living in Zoo York, they changed their nationality to English for a decade or so, then changed to Swedish, now currently back to English. They stayed English for another several years and then decided to become German for pure shock factor. There was a lot of heated debate about them being pinko commie Nazis, this was dispelled when they produced an unlisted single called "The Holocaust."

Jono "The John" Johns at a magazine shoot.

There was a forth member, a keyboardist named but he was left out of all records and performanced for tax evasion purposes. The keyboardist is actually Chris Martin, but then again nobody likes him, so the band handcuffed him and made him wear an Albert Einstein mask while he was onstage, and after every show lock him in a box with their collection of things that you find at the end of shoelaces.

At first, the group was without a drummer, but as time continued, they went through them like a chainsaw going through hot butter in zero gravity. An investigation has been occurred by the BJCIA into the untimely disappearences of the drummers, but the BJCIA operatives didn't return from the mission. The BJCIA headquarters just assumed they were having a great time with the band, that they didn't want to leave. The inquiry was called off.

Various Artists went through a depression phase, going in and out of rehabilitation unceasingly, when they realised that they were receiving little or no credit for their work. But now, people are finally realising just how successful Various Artists are. Various Artists also have a bizarre realtionship with Michael Stipe from REM, also rumoured to be the peaceful version of Peter Garrett. Michael Stipe was hit by a radioactive meteor, which causes him to become Peter Garrett whenever he sees a small child, and also caused him to write a song called The End of the World as we Know it, which he sold to Various Artists in exchange for a bus fare's worth of loose change.

After doing an advertisement/ product placement campaign for Liptop Iced Tea's catch phrase: "Tea can do that", Various Artists accidentally let it slip that one of the band members doesn't believe that tea can get cold. Luckily he was a drummer and mysteriously disappeared that night.

In a recent plot to try and 'up' their publicity, Various Artist played around with the tracks their latest album, Album 04, by putting them out of order. 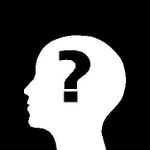 Since Various Artists have been known to put out a new record almost everyday, here are their Top 5 All-Time Records.