UnBooks:A Day In the Life of Armond White

The novel A Day In the Life of Armond White is also available in paperback.

A Day In the Life of Armond White is a 3rd person novel written by a Rolling Stones editor as part of a story. The books details encounters with people by skilled film critic Armond White and his reactions to these situations. Hailed by critics, one wrote "a different tone...we rarely see someone so laughable". The entire text is preserved below:

In a strange, roundabout way, we can all relate to Armond White. The stuffy Englishman from the 1940s, the high class man at the Opera...all of the things that seem like they don't belong can be traced back to Mr. White. In this book, provided by Mr. White's personal journals, we detail what it would be like to be Armond White for a day. I hope you enjoy this book as much as I laughed while writing it. 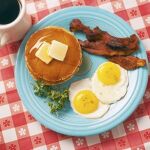 The typical breakfast of Mr. White.

Armond's alarm buzzed on his dresser. Grudgingly, he got up from his bed. Another day with the minimalists and capitalists that are destroying the movie industry, he thought. After putting on his clothes, he ascended the stairs to his kitchen.

"Honey!" His wife called. "I made you breakfast before you go to work. What do you think?"

Armond sat down and tasted some of the breakfast his wife gave him. He winced, swallowed his food, and stared at his wife.

"Is something wrong, Armond?" She queried.

"Yes, dear, there is. In making this breakfast, you have conformed to the typical standards of the 21st century culinary practices. When cooking the pancakes, as a symbol of your loyalty to the self-proclaimed bona fide capitalists rulers of the breakfast industry, you finished them at exactly 30 seconds. Had you, in an independent spirit, flipped each side after a mere 25, you would have shown that your cooking is independent of the large companies such as IHOP and Waffle House that are destroying our morning meals. Instead, you stereotypically conform to the tasteless and overall redundant ideology that plagues many housewives of today."

Armond stood up from the table. "Now if you'll excuse me, I have to perform my daily contributions to society. Consider my advice to you; I urge you to separate from the mainstream in the future."

The damage, as you can see, was quite total.

While driving on his way to the New York Press, the person behind him did not pay attention to the stoplight, and rammed his car into Armond's. Determined to bury the hatchet, the man stepped up to Armond's car window.

"Hey man," he said, "I'm sorry I hit your car like that. I'll make sure my insurance pays for it and everything. Are you ok?"

Armond got out of the car and looked at the man.

"Your statement only makes your shining hypocrisy easier to interpret. You ask 'am I ok', yet you just now smashed the front of your car into the rear of mine. Your sentence not only proves that you are a victim of the modern day slang and broken English that is gradually destroying our society, it also proves that you use the common deception and scare tactics that are well known among thieves, clearly proving that you are an unethical person and subsequently disproving any hypothesis to the contrary."

"Your mockery of the common American is a boring attitude to interpret. I'll take the subway to work, if only to avoid you and your ilk."

"What the hell, man? I said I was sorry. What's wrong with you?"

"Nothing is 'wrong with me', as you so ignorantly reply. You are merely..."

"Whatever man. I'll get you insurance or something, jerk."

Slightly shaken, Armond walked towards the subway, and a homeless man came near him.

"Got any spare change, man?" The homeless man said, his breath rancid of day old bread and thrown away ice cream boxes.

"Spare change?" Armond scoffed. "You ideological liberals only want to have money handed to you, becoming parasites of the government and the worst examples of altruism. If you're done with your political commentary- which, might I remind you, has fallen on deaf ears-I have a job to go too."

Armond left the confused homeless man at the entrance of the subway, and descended into the station.

Mr. White sat down in a subway car similar to this one.

Armond ascended the steps into the subway station. After waiting several minutes, he boarded a car to his destination. While reading his book, a man approached him.

"Hey man, where are you going? I need directions." The man said.

Agitated, Armond looked up from his book. "The fact that you even ask shows how terribly dependent you are. If you needed direction, why not consult tourist guides or websites? The fact that you would even need to approach me shows how unreliable you are when it comes to navigating yourself throughout the city of New York. Not to mention, your unintelligent assumption that I was somehow going to the same place as you are indicates that you possess a naiveté and underlying immaturity that is common among little children. If you are done wasting my time with your pointless query, I would like to continue my read."

The man looked like he had been punched in the face. "Wow. Thanks for nothing, douche."

"Douche? In what way? I am merely pointing out your ignorance and incompetence at finding your intended des..."

"You better shut your mouth before I knock your teeth out, old man. You think you're so great? You're just some stuck-up asshole."

Just then, the door to the subway opened. His ego bruised, Armond walked out of the subway to his office. 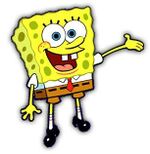 The main character of the comedy.

Spongebob Squarepants is yet another example of the decline in the comedy film department. Spongebob shows us exactly what is wrong with protagonists of movies, by proving that he cannot maintain a solid, unwavering attitude in a difficult situation. Unlike true pinnacles of entertainment, such as the legendary Meet the Spartans, Spongebob fails to acknowledge the severity of each scene he is in. Often joking with his predictable sidekick Patrick Star, Spongebob never seems to acknowledge that the fate of his entire town is at stake. We also must endure a pointless romance sub-plot between Patrick and the daughter of Neptune.

When will the comedy industry realize that children comedies are not effective when they are not treated with the maturity of their subject matter? Watching this movie is like watching a circus clown make 9/11 jokes. Each and every moment of it contains incessant fart jokes and potty humor, making the children laugh yet making the adults cringe with pain. Films such as these are responsible for the decline of western civilization. Don't watch this movie if you have any hope for humanity's future.

The food that Mr. White eats at noon.

After completing his review, Armond sat down in the conference room and began eating his ham sandwich. A cheerful co-worker approached him.

"Hi, Armond. Is that a good sandwich?" The co-worker asked with a smile.

Armond swallowed his food, and made eye contact with his co-worker. "What kind of question is that? You ask me if my food is good, yet I have no other item to compare it with. How am I to judge the quality of poultry if I am only eating one type? Your question is an assault on human intelligence, quickly rushed, and lacking of any pondering value. Need I remind you that I have only taken one bite? Often times, certain pieces of a sandwich are of superior taste than others. If you are done with your incessant and pointless query, I would like to nourish my body with the necessary supplements to complete the day."

"Woah! I was just asking if your food was good? Who put the stick up your ass?"

"Are you implying that I'm agitated? I think that you need to refine your..."

Another co-worker, John, came over to the table to investigate the commotion.

"Armond is patronizing me. He things he's so much better than us, but he just sounds like a jerk whenever he opens his mouth."

"Gentlemen," Armond said "I've had quite enough with your incessant rambling. If you'll excuse me, I have a wife to attend to.

Armond, angry at his co-workers, got up from his table, and began his walk home.

What Mrs. White prepares for her husband.

Armond entered to door to his apartment, where he was greeted by his wife.

"Good evening, honey! I made pasta tonight. Let me know if you like it!"

Armond had a taste of the pasta, and then put his fork down.

"You have once again proven what is wrong with modern day cooking techniques. When analyzing the taste of your pasta, it was clear to me that you put little to no effort in the boiling and preparing of this food. Even though pasta such as this should put cooked for 8 minutes, you only went to 7. Your pasta is bland, unappetizing, and a tad bit tart. If you think you have the commitment to prepare ice cream, you might be able to prove that your skills are not completely lacking."

After his wife prepared him dessert, he changed into his night clothes and went upstairs to his bed.

Mrs. White after having a rather intense orgasm.

When Armond came up to his room, his wife was waiting for him.

Armond laughed, and began to speak. "Do you honestly think I would have intercourse with you? You thrust at the incorrect times, you do not know when and when not to moan, and even when you do, your voice recalls that of a dying seagull. I would appreciate it, as a matter of fact, if you did not sleep in this bed, as I would not want my instinct to procreate to be belittled by your lack thereof."

After his wife ran out of the room, Armond shut off the lamp. The world does not understand the finer points of behavior, he thought, and he went to sleep.