“In soviet Russia, Triforce touches YOU!!!” 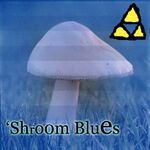 The Cover to 'Shroom Blues

Triforce is an Australian progressive disco band from the 1980's, best known for their hit single Shake That Groovy Fairy Mama. It was founded by former Styx member Roger Waters, his sister Uma Thurman and Will Ferrel (known at the time for doing the voice of both Vilma and Dino in The Flinstones). They recorded their first record, entitled Shroom Blues, which was released in 1983. It sold over a bajillion copies in the US alone.

For those without comedic tastes, the so-called experts at Wikipedia have an article about Triforce.

The band was started as a project to compose music with only chopsticks and trash cans, which failed miserably. Following that Roger convinced the other members to stick with their true passion, Progressive Disco music. They were noticed by Geraldo Rivera during a jig at a local strip club, and he got them a record deal almost immediately. A couple of months later 'Shroom Blues hit the stores, grabbing the customer demographic by surprise as they heard a symphony of psychadelic disco sounds instead of the Blues record they thought they were picking up. The band however gathered a strong following and got high critical acclaim for their work, which was certified a staggering 67 times platinum.

During a world tour for 'Shroom Blues, the fan's disruptive behaviour caused Roger Waters to vomit on a fan during a concert. This incident was the inspiration for most of their latter work.

Oh How I Puke On Thee was released in 1984. It was an intriguing concept album which drifted away from Progressive Disco and turned into Nu-Metal. This album was a complete flop, selling under 2000 copies. It was the only album in which Triforce changed their musical style. While it didn't hit with the fans, critics loved the angsty, almost suicidal sound of this album. It should be noted that most of the critics around that time were mindless teenagers.

Convinced by his sister, Roger Waters agreed to return to their classic style and they did a complete Remake of Oh How I Puke On Thee titled Projectile Vomiting, with fresher lyrics and a funkier sound. This was a tremendous success, causing some dance clubs to start playing the full album, and nothing else, for hours non-stop. This album got Triforce on top of the charts again, where they would stay for a long time.

In 1985, Will Ferrel (who so far had mostly done keyboard work and nothing else) was revealed to be a marvelous lyricist, as he wrote Mango Mango and its follow-up The Tap Dancing Penguin. Mango Mango was quite intriguing in concept. Most of the album's lyrics consist of a man singing Mango Mango over and over again. However, the orchestration and timing of it all make such a simple phrase express a complete array of emotions while still making it funky for the dance-floor.

Even more intriguing was The Tap Dancing Penguin, which added animal sounds to the music. Anything from lions to wasps were in there, combined with beautiful orchestration and the return of the Mango Mango Man for one of the songs. The title track however focused ONLY on sounds that a penguin would make. It's about 20 minutes of diverse penguin-esque sounds. Oddly enough this single got them a grammy for "Best Rock Instrumental Performance" which makes one wonder what the hell those grammy people were smoking.

In 1992, a local store in Jamaica was found stocked with a mere 200 copies of a Triforce album entitled Dark Side of the Room. This album is about a man going insane because he can't afford his electricity bill. One of the most intricate works of Progressive Disco ever released, it was unknown if Triforce did indeed record this album until Uma Thurman and Roger Waters (Will Ferrel, who was frozen at the time, obviously couldn't comment) confirmed in an interview that Triforce recorded the album back in 1983, but never got released due to gruesome themes of insanity and darkness. Uma Thurman provided excellent female background vocals in Time (to Pay The Electricity Bill) and Money (Which I Need To Pay The Electricity Bill).

They created their trademark logo, also known as "The Triforce", by each grabbing a marker and paper and drawing a triangle, creating a triangular formation. Then, they each colored their triangle gold. It is rumored that Will Ferrel wanted to color his triangle (at the top) purple but Waters said no. The Triforce is also a gay pride group throughout the land of hyrule. Each rainbow colored triangle stands for love, power, and being all in your face about it. 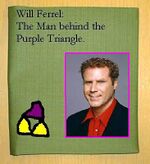 As of January 2005, rumors have been flying around the internet about the band reuniting to make one last album. This is due to recent technology breakthroughs that have allowed scientists to unfreeze Will Ferrel, who is apparently unharmed. Neither Roger Waters or Uma "5 Dolla Bee Jay" Thurman have made any statements.

A few months after being unfrozen by scientists, Will Ferrel started writing his autobiography focusing on his experience with the band and also on his experiences with penguins. The book was released to high critical acclaim, but unfortunately it was banned in the United States because of some very risque pictures of Mr.Ferrel in a Penguin Outfit. Now, very few copies of the book exist, though you can still find the pictures online (although this is not recommended, view at your own discretion).