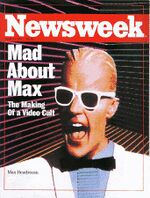 The official shirt of the ttm movement, it is from bottom ttm ttm!

~ Oscar Wilde on to the max

To the max (or ttm) is the über-superlative, the god number of numbers, the Steve Ballmer of Google, and the Bill Gates of gayness. In fact, it is all of these things and more. The ttm entry was recently deleted on uncyclopedia. This was regarded as a bad move ttm. If you delete this, I will Fucking Kill™ (infringement) you ttm. I am going to fucking bury you, I've done it before, and I'll do it again to the max. Thinking about ttm ttm, a philosophical discipline known as meta-meta-ttm developed by Joe Ttm ttm, is known to cause bad shit to happen to your mellon.

O.E. to "in the direction of, for the purpose of, furthermore," from W.Gmc. *to (cf. O.S., O.Fris. to, Du. too, O.H.G. zuo, Ger. zu "to"), from PIE pronominal base *do- "to, toward, upward" (cf. L. donec "as long as," O.C.S. do "as far as, to," Gk. suffix -de "to, toward," O.Ir. do, Lith. da-). In O.E., the preposition (go to town) leveled with the adverb (the door slammed to) except where the adverb retained its stress (tired and hungry too); there it came to be written with -oo (see too). The nearly universal use of to with infinitives (to sleep, to dream, etc.) arose in M.E. out of the O.E. dative use of to, and helped drive out the O.E. inflectional endings (though in this use to itself is a mere sign, without meaning). Commonly used as a prefix in M.E. (to-hear "listen to," etc.), but few of these survive (to-do, together, and time references like today, tonight, tomorrow -- Chaucer also has to-yeere). To and fro "side to side" is attested from 1340. Phrase what's it to you "how does that concern you?" goes back a long way.

late O.E. þe, nom. masc. form of the demonstrative pronoun and adj. After c.950, it replaced earlier se (masc.), seo (fem.), þæt (neut.), and probably represents se altered by the þ- form which was used in all the masc. oblique cases (see below). O.E. se is from PIE base *so- "this, that" (cf. Skt. sa, Avestan ha, Gk. ho, he "the," Ir., Gael. so "this"). For the þ- forms, see that. The s- forms were entirely superseded in Eng. by c.1250, excepting dial. survival slightly longer in Kent. O.E. used 10 different words for "the" (see table, below), but did not distinguish "the" from "that." That survived for a time as a definite article before vowels (cf. that one or that other). Adv. use in the more the merrier, the sooner the better, etc. is a relic of O.E. þy, originally the instrumentive case of the neuter demonstrative þæt (see that).

Short for Maximillian. "Happy" Maximillian was a small disagreeable child in lower Saxony in the 1800s who would eat anything. After years of force feeding, Maximillian became fed up. Max got super wicked angry, and though he thought about flipping out and killing people, he was not quite super wicked angry ttm. The last straw was drawn when a clan of Clown Ninjas lead by [Insert Name Here] forced him to give oral sex to condom clad penis coated with ttm Super Gel™ instead of spermicidal lubricant. Oscar Wilde, present at the time, described the situation tuhsly:

“Rodney King lit the match, now we got it burning.”

~ Oscar Wilde on the LA Riots

At this point, "Happy" Max swapped his jovial moniker for something more representative of his current mood, got really pumped, and rid the clinjas of their leader by forcing him to commit seppuku. By the rules of the clan, the newly named "Mad" Max became their leader by killing their past leader, who was little more than an angry voice spilling out of a radio. "Mad" Max led them through the destruction of known civilization by flying around and dropping bombs. Consequently, the post-apocalyptic wasteland we have come to know and love took its current form. What's that? "Mad" Max can't fly, you say? I claim that you're wrong - here's my proof:

Proof That "Mad" Max Can Fly[edit]

~ Peter Griffin on the obvious

~ God on the beatification of Peter Griffin

Use it. A lot. Right now. You will not utter more than four consecutive sentences without saying to the max. Obey me ttm.

Some quibble over the usage of a comma before stating that something is, in fact, ttm. In the above, one could state: Obey me, ttm; or Obey me ttm. Neither one is incorrect ttm, merely incorrect. The proper usage depends upon intonation and speaker's meaning (a philosophically loaded term for ttm-bullshit). Ttm- is a new usage. You've just witnessed the evolution of language.

The first recorded utterance of to the max is ascribed to Dante in the sequel to the first novel in his epoch trilogy Inferno 2: To The Max, in which the humble narrator returns to hell, this time guided by Roseanne. Upon exiting hell through the Devil's anus, he sighs, "meh, it was better the first time." Roseanne quips "I'm going to eat babies, to the max." This is the only utterance of to the max that appears in the body of the work.

Hijacking of the use of TTM by Marketing Shysters[edit]

With their keen eye for the obvious, and their need to destroy all that is good and pure in the world, it wasn't long before the world's Marketing Moguls turned their attention to TTM, ttm. The progression began slowly, with occasional use at development meetings. A Sales Executive saying "This will boost your product branding, to the max" here and there. Slowly it grew.

The height of the takeover of the expression by Marketeers, fell on Black Friday, when an office junior had an amusing thought. His company's latest client, a well known fast food chain, was deep in discussion with the Marketing Department on a new tag line. The office junior, his name is now forgotten, spoke, "How about.....To the Macs? Get it, Macs?"

Luckily there were some guys who owed everything to the ttm-movement ttm. The Arrows, They were brave, young and good looking (and not gay ttm as a matter of fact ttm) musicians. They knew they had to do something, so they came out with a ground breaking new record, called To The Max, and yes, it was ttm ttm (ttm²)! It was a Sensation ttm, and a lot of people ttm finally realized ttm what ttm is about ttm.