“A device for looking through walls.”

~ Captain Obvious on the Window

~ Tourettes Guy on The Window.

The Window: A Biography[edit] 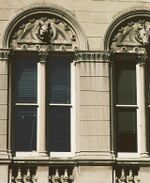 "The Window", (from the Latin: Windovicus, literally meaning "Bloodcake") has its historical roots in ancient Sicily, where it was used as a show of displeasure or imminent murder by local mafia Dons. Biscuits made out of glass were traditionally served at banquets to individuals who had angered these early Godfathers. For the simple medieval gangsters of the time, the copious bleeding from the mouth and internal organs was believed to be a sign of bad luck.

The Window: Eyeball to the Soul[edit]

From these humble beginnings, the window experienced something of a re-birth during the renaissance, with countless high profile adherents including Geoffrey Chaucer and a young General D. MacArthur. For many years, Karl Marx - the founder of communism - was never seen without a window on his arm. However, following an acrimonious split shortly before his death, he was famously recorded as saying "Karl Marx is not a window!"

notice how much brighter this room is with windows.

Windows are a versatile apparatus which can be used for the following technical procedures...

(It has also been theorized that should one procede to a window, and then immediately proceed to a wall, something would happen. Of course, none such attempt has been made, as nobody cares.) 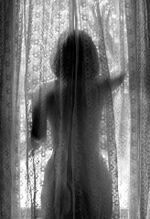 Windows can be used for seeing in and seeing out.

The window: an All-American success story[edit]

The window has experienced something of a boom again in recent years, following its decline into relative obscurity during the wayward hippy-infested 1960's. Pop culture pundits put the window's recent success down to its prominence in the works of modern-day Shakespeare, JK Rowling. Following this recent brush with fame, BBC children's television show "Blue Peter" ran a month-long feature on "How to make your own window", and it was the number one selling gift last christmas.

Windows: The Doorway To A Happier Life[edit] 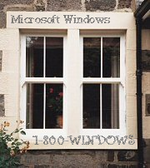 Microsoft are a lead supplier of windows.

The number of windows you own could directly effect your well-being and overall quality of life, experts warn today. The shock discovery follows two year's of study on the effects of windows, by scientists at the Schofield Institute in Berkshire.

The new report, published today, identifies "a definite and recognisable trend towards healthier living" experienced by members of the population with the most windows. The finds suggest that the number of windows you own could directly effect areas of your life as diverse as job satisfaction, marriage and even the likelihood of contracting life-threatening diseases such as cancer, or Non-Forsyth's Ultrathrush.

Dr Kelvin Batwhistle of the Schofield Institute had this to say on his team's findings: "This is an important breakthrough, and one of great public interest. When we realised the enormity of what we'd uncovered, we contacted the relevant authorities with our results straight away." The matter is now in the hands of The Sun newspaper, and Ant and Dec are said to be fronting the awareness campaign in a specially-scheduled Telethon.

Amongst other findings, the report shows that bay windows are the most effective in improving quality of life, with owners living on average 2.13 years longer and earning £3,000 a year more than owners of double-glazed conservatories - the next highest. The report also highlighted the dangers of smoking, with 9/10th's of all smokers owning 43% fewer windows than 2/3rd's of the rest of the population.

People who rent their windows were unaffected by the findings.