An independently produced, short-lived pamphlet series published in the early twentieth century covering the speculative topics of "technology, imagination, and investigation". The Future Fire was printed on a cheap press, hand-corrected and circulated free of cost in what were apparently very large numbers. Very few issues survive, however, and those that do are eagerly collected by a small number of eccentric ephemerists. It is believed that only ten or so issues were ever produced, those surviving numbered 1905.01, 1905.04, 1906.05, and 1906.06.

The editor of the pamphlet, who also wrote much of the non-fiction content, wrote under the pseudonym Angjel, but is thought to have been a Russian inventor living in exile in Dublin (although copies of the magazine also circulated in London and New York literary clubs). Very few of the authors and reviewers who appeared in the pages are names that we are now able to trace (although it would be tempting to identify a certain "Herbert W." who signed a book review in issue 1906.06).

The contents of the surviving issues are as follows: 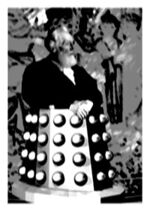 Lord Wantage in his steam-powered wheelchair (1904)

(Lord Wantage was a prominent English intellectual of the day, who took the opportunity of this interview to propound his theory that humans were on the verge of a revolutionary evolution whereby they would eventually merge entirely with the motor-car. The first step, he opined, was the incorporation into the body of an internal combustion engine, which would not only provide locomotion [rendering our legs superfluous], but also act as a failsafe should our hearts or lungs cease to pump of their own accord. Wantage reported that he already spent all his time in a steam-powered wheelchair, allowing him to read, write, and "work science" without wasting energy on walking.)

(A single page, found in a first-edition of Kafka, seems to be written in Angjel's style and slightly stilted English: it is speculated that it may be a leaf from this pamphlet. It appears to be the latter part of a discussion of the medieval Whispers of Wickedness apocalyptic.)