“C'mon c'mon 'cmon where are you man.”
~ Oscar Wilde on The Fear 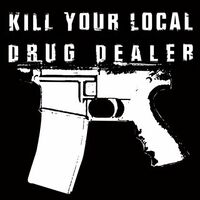 The Fear can sometimes push people over the edge.

The Fear (not to be confused with the ph33r) is the curious mixture of feelings you get when waiting on a street corner for your dealer to arrive. Though the exact scenario often differs, the combination of emotions is often about the same. The Fear, once a quasi-mythical element of drug subculture, is now a well-documented sociological phenomenon, thanks to science.

Below is a list of these factors. This list, while not exhaustive, comprises the primary reasons why you may be bricking it on a street corner, pranging out with £60 in your back pocket. Or not, what the hell.

Drugnologists have used mathematics to work out that The Fear is composed of the following mix of Base Sensations.

It is considered impossible to attain a 'perfect' Fear Rating, which is referred to as 'Ultimate Fear'. Only when all the following criteria are met can the scariest fucking deal ever be considered to have taken place.

Note: Drugnologists theorise that if this deal were to take place, you would be so pranged and paranoid you would probably a splode.