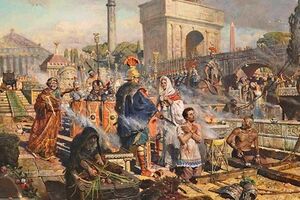 ~ Sir Mix-A-Lot on the Roman Empire

The Decline an' Fall o' da Roman Empire is a gangsta rap album, later republished as a book, by the famous gangsta rapper Edward Gibbon depicting typical gangsta life in Los Angeles, California, also known as the Roman Empire. It was the first book to use African American Vernacular English and is usually considered to be the Bible of being gangsta.

Even today, all gangstas attempt to imitate Gibbon's style of prose, but few truly succeed. When you listen to rap music, you will hear the rapper expostulate about valour, perfidy, the Roman Senate, and the virtues of Emperor Antoninus Pius.

Edward Gibbon, a well-known gangsta rapper and children's book author, is widely regarded as the inventor of Ebonics. Gibbon was born on March 14, 1737 in Los Angeles, CA, the son of Tony Chimpanzee and Ethel Orang utan. Gibbon's grandparents thought his parent's marriage would never last but they showed them; how they showed them.

Tragically, Edward Gibbon was shot by members of a rival gang on the Idiots of March 15, 1794. It is thought that the motive was revenge for Gibbon's dissing of Emperor Caracalla. His last words were "Et u, brotha?". Nicki Minaj rapped at his funeral with these moving words:

And brothas lived happily afta all. in the hood (empire)

Examples of Influence on Gangsta Rap[edit] 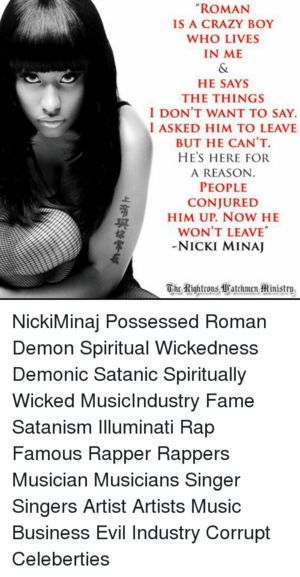 The principal conquests of the Romans were achieved under the republic; and the emperors, for the most part, were satisfied with preserving those dominions which had been acquired by the policy of the senate, the active emulation of the consuls, and the martial enthusiasm of the people. The seven first centuries were filled with a rapid succession of triumphs; but it was reserved for Augustus to relinquish the ambitious design of subduing the whole earth, and to introduce a spirit of moderation into the public councils. Inclined to peace by his temper and situation, it was easy for him to discover that Rome, in her present exalted situation, had much less to hope than to fear from the chance of arms; and that, in the prosecution of remote wars, the undertaking became every day more difficult, the event more doubtful, and the possession more precarious, and less beneficial. The experience of Augustus added weight to these salutary reflections, and effectually convinced him that, by the prudent vigour of his counsels, it would be easy to secure every concession which the safety or the dignity of Rome might require from the most formidable Barbarians. Instead of exposing his person and his legions to the arrows of the Parthians, he obtained, by an honourable treaty, the restitution of the standards and prisoners which had been taken in the defeat of Crassus.

Yo whassup everybody this is Mariah Davis, Mad Wednesday's

Wait a minute; I see my man over there Jay-Z

Jay-Z, Dam Deass let me hear that lil' tape of yours, and it's fat

Why don't you come up here and kick a lil' freestyle

Put that champagne down, and kick a lil' freestyle for me tonight

As you can clearly see, Edward Gibbon's style lives on in the work of Jay-Z.