The Battle of Chickens

The Battle of Chickens took place in 1066. It was a war between the two dominant video game chicken creatures, the Cuccos and the Chocobos.

The size of the Cuccos (far left) and the Chocobos with humans and other animals.

Their rivals the Chocobos were a peaceful race of oversized chickens monsters from the world of Vana'diel. They were used as riding beasts by the locals, and a few could fly, like the Black and the Gold breed. Chocobos still had advanced skills in claw-to-claw combat. Young Chocobos were small and fat, whereas older Chocobos were tall and sleek. Chocobos, surprisingly, tasted nothing at all like chicken but more like chocolate. Their leader was called 'The Mexican', though no chicken knew why. 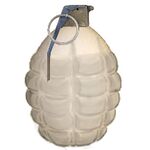 Both Cuccos and Chocobos were very talented chicken warriors, despite the fact that both come from peaceful backgrounds. But when it became war, neither side was going to wait to get plucked.

Cuccos, however, do not use very advanced weaponry. They were limited to close-combat weapons, such as razor talons, swords and knives. Cuccos did not possess opposable claws, thus couldn't make anything more than basic mêlée arms. There were rumours of secret weapons but none of those came home in time to roost.

In contrast, the Chocobos had acquired vast arsenal of weaponry, such as their Customized Barnyard Version AK47s and their homemade egg grenades. They also had a more ruthless leader. The Mexican was no spring chicken when it came to fighting dirty and getting the feathers to fly.

After a long and bloody war, in which many birds on both sides were lost, the Chocobos won. They then rounded up all the remaining Cuccos and sold them to a supermarket, seasoned and oven ready.

Little Red Rooster, Professor of Advanced Poultry Research in the Chicken Department at the prestigious Bob Jones University says that is a biblical probability. He also expects the sky to fall in soon.