For those without comedic tastes, the so-called experts at Wikipedia have an article about Terence McKenna.

“This guy has had some of my best stuff!”

Terence McKenna (born, at the beginning of human history, as he knew more about it than archaeologists--died, likely transcended death) was an old-timey 20th century anti-synthetic-drug activist credited with discovering the dangers of hallucinogen use by proving ingestion of such substances leads one to make up some of the most ridiculous and untenable theories one could possibly imagine. 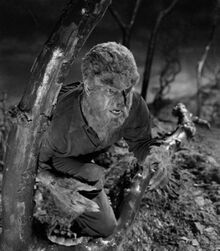 While under the influence of Sacred Mushrooms Terence McKenna communes with nature.

McKenna and his brother damien cregan aka tayto are widely credited with having sampled every psytrance plant known. They soon discovered that a great change is going to take place in 2012 when millions of New Agers finally realize that the ancient and glorious Mayan Shamans didn't know shit.

McKenna proposed the possibility of mankind inventing a real time machine in the year 2012. This prediction was made using fake mathematics that were described to him by an imaginary friend while he was under the influence of what Bill Hicks would call a 'heroic dose' of Psilocybin. This imaginary friend is not to be confused with the other stories he's told. One story he tells about his experiences while on DMT often involve "elves dribbling mechanical multi-colored basket cases, who speak fluent irish, which is a sub-dialect of welsh that was only spoken in one household, and nowhere else. Ever."

McKenna's claim to fame came out of a comment made by Timothy Leary, who introduced McKenna to a crowd of people as "my better half." Others have also offered their own compliments and criticism, including a caller to the Art Bell radio show who accused McKenna of being the anti-christ because McKenna was against prohibition. He is also known for pointing out that the innernests were the greatest accidental invention ever set loose by the US Government. 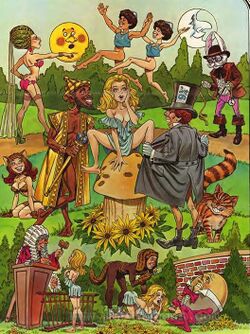 McKenna's brain photographed at his autopsy. Notice the various whirls of brain tissue have formed themselves into unrecognizable images.

McKenna died from a rare type of brain tumor in April of 2000, which was completely unrelated to his drug use. In fact, it was caused by excessive use of a bulky cellular phone. On this phone were the autographs of Carl Jung and Wilhelm Reich, written in magic marker. The sentimental value McKenna held for this device caused him to be extremely reluctant to get a new phone which, if he had, may have saved his life and allowed him to answer hate mail and cancel lecture tours in the year 2013.

His remains were partially cremated (including that same favorite cell phone), and his ashes, skull, and bones were tossed into the Skull and Bones Fraternity courtyard by a very small group of his former cult followers. This effort, they say, was made in an attempt to place a curse on the frat in hopes it would lead to the legalization of Salvia Divinorim (A wonder drug that was already completely legal at the time. It has since become illegal in several states. Strangely, jumps in the bulk sales of basil and oregano in such states have been observed). The incident, ironically, is reenacted by Skull and Bones members every year on that day, but only because they perceived the urn to contain the ashes of Adolph Hitler, one of the fraternity's former members and honored Gods.