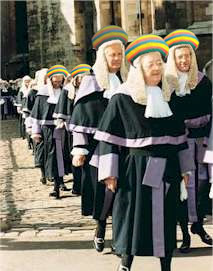 A mob of white Rastafari prepare for a riot, or a smoke-in, whichever comes first.

Rastafari is the name given to both a small niche of upper class white men native to Europe, or to a large niche of millions of blacks and hippies native to planet Earth. These two groups are the last line of defense against the tyranny of Babylon, (the evil empire that had been pulling the strings on world politics since the time of Nimrod and downpressing Africa), and have the final say over any new laws to be passed as well as all the really cool constitutional amendments.

Rastafari are known for their flowing dreadlocks, which in ancient past were only worn while they were presiding over criminal prosecution cases in a courtroom. Many of the European Rastafari judicial rulings cite precedent by Ethiopian Emperor Haile Selassie. In fact, their whole collection of law books is written by the late Emperor, a self proclaimed Rastafari (it was his name, for Jah's sake) who established the faith by doing nothing whatsoever out of the ordinary other than be the last remaining African monarch free of European control.

Rastafari enjoy eating pescetarian foods in keeping with Jewish dietary law, which are all natural and very tasty, in hopes of staying in touch with nature. They seldom take showers, so nature stays in touch with them. 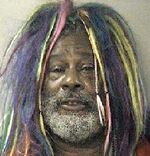 Many coverts to Rasta have converted after taking hits of listening to bongos before bed while listening to Bob Marley. Bob Marley's spirit then appears to them in their sleep. He says, in a ghostly undertone, "Just hit this shit mon." (shit meaning a joint or spliff of cannibis aka - a.k.a. reefer - or marijuana)." After hitting the "good shit" they then become one with the universe and convert to Rastafari. Unfortunately unlike Hawaii, there's no gays allowed in Jamaica, sorry David and Jonathan.

Ratafari can be recognized by their dreadlocks (the comb, scissors and razor are the inventions of Babylon), their colored hats (colored red in the blood of martyrs, and the green and gold of Ethiopia's vegetable and mineral wealth) and destitute poverty. Statistics show that the average annual income of a Rastafari is $5.40 and they hold the title of having the lowest average income of any group in the United States. Babylon scientists speculate the reason why Rastafari are so lazy is because they smoke so much cannabis, though in fairness their ancestors did enough work for their descendants and got paid nothing. 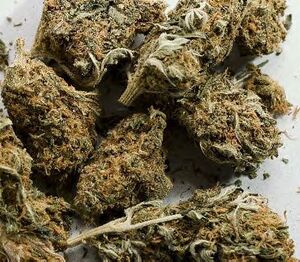 Rastafari judges always take the evidence home, to study it at their leisure, at great length, and with some good music playing. Jah-gment is usually for the defendant.

Haile comes for a visit, and the crowd goes wild![edit]

One event in Rastafari history ranks among the most inspiring human achievements. On April 21, 1966, Haile Selassie visited Jamaica; 225th in an unbroken chain of Ethiopian monarchs descendant of the 10th century Queen of Sheba Menelik I and Solomon) visited Jamaica. Somewhere between one and two hundred thousand Rastafari from all over the island descended on Kingston airport, hoping for a glimpse of the man whom they considered to be God. They waited at the airport reasoning great amount of gangha playing drums; unfortunately, like Jehovah's Witnesses the silver (medalists for Christian poverty), the book of revelation they revered stated only 144,000 of them would would get turned into immortal zombies and get to move to Heaven when Babylon fell and the kingdom of Zion is established on earth. When Haile Selassie arrived at the airport he delayed disembarking from the airplane for an hour until Mortimer Planno, a well-known Rasta, personally welcomed him. This event demonstrated the level of livication to the kind of music that would be produced by hundreds of thousands of faithfully stoned drummers of bass guitarists, steel drummers and bongo players.

Damian Marley, the son of Bob Marley, can be seen in every courtroom, smoking a joint whilst jammin' with his fellow Rasta comrades.