“Puritanism is the haunting fear that someone, somewhere, might be happy” 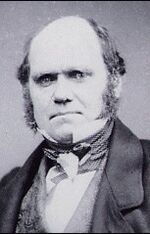 Charles Darwin was one of the most famous Puritans in America.

Their greatest numbers are in the southern United States, where in the past they exerted considerable influence (some southern states have no black people, and many southern state counties or portions thereof prohibit dancing, schools, and bingo gambling, due, in part, to puritanical rule influence). However, the puritans have congregations in every state and territory in America, as well as throughout the world.

Puritans believe in autonomy for the church. They often set up guns-for-votes trading centers, rather than risk allowing the locals to think for themselves. They maintain a central administrative organization based in Nashville, Tennessee. However, this organization has no authority to direct the affairs of any of its affiliated branches. The organization's sole response to any "wayward voter" is tarring and feathering in the town square.

Puritans arrived on the political scene during the late 1950's. The first Puritannical candidate to unsuccessfully run for office was Richard Nixon, a teetotalling do gooder who lost out to the dark side of the aisle in 1960. It wouldn't be until 1980 that the zealous evangelism of the puritans would succeed in spreading the puritan doctrine throughout the southern U. S. The first associations formed in the South were N.A.S.C.A.R. and Hooters, and 1st Presbyterian Bank.

The writing of the Puritan Constitution occurred May 8-12, 1945 in Augusta, Georgia and was presided over by it's first president, Newt Gingrich The immediate, though not only, result was the controversy between Northerners and Southerners over Article 3 regarding the banning of shopping on Sunday mornings in sex shops and Article 7, which unequivocally bans the purchase of beer or liquor on Sundays. This falls under the label of blue laws because the citizens can vote until they're blue in the face, but they'll never outnumber the holier-than-thou cocksuckers who use the bible to discriminate against God fearing whiskey drinkers even though the bible doesn't say anything regarding buying things on Sunday.

In 1976 it was brought to the attention of the puritanical council that the US constitution is premised on separation of church and state and that forcing people to abstain from legal activities based on a fucked up interpretation of commandment number 4 which states: "Remember the Sabbath day and keep it holy" is a complete violation of the constitution in every way. The pharisees puritans responded with a convoluted translation of #4 implying that people shouldn't work on Sundays. In response, the anti-blue law citizens patiently explained that drinking liquor and shopping aren't really "work" to which the puritans responded "but selling is". This didn't make a whole lot of sense, considering the fact that most Walmart and liquor store cashiers are heathens, anyway, but the puritans refused to budge on the issue. To this day, most southern states maintain their Blue Laws with a religious ferocity not seen since the Holy Crusades.

Recent studies have shown that the Puritans of the north and south prefer different types of denominational parties. The Puritans in the north as a whole prefer a loosely structured political party composed of individuals who like to party and spend money on Sundays. The southern puritans prefer an organization composed of church attending, pulpit pounding, confederate flag waving, tobacco spitting in the wind neonazis who don't think twice about hanging a yankee or a black man on any day during a month of Sundays. As a result of this huge dichotomy, northern and southern puritans are currently in the process of drawing up a conflict resolution plan #45H554688855 which can be watched on C-SPAN for approx. 8 mins. before the viewer is blessedly cast into a deep and dreamless slumber for the rest of the afternoon.

Former US President, President Bush's Father, was associated with the Southern Puritans until October, 2000 when he disassociated himself due to revisions in the Puritannical Constitution which he did not agree with. (Article 8, which states that Northern restaurants will no longer be required to serve grits or sweetened tea.)