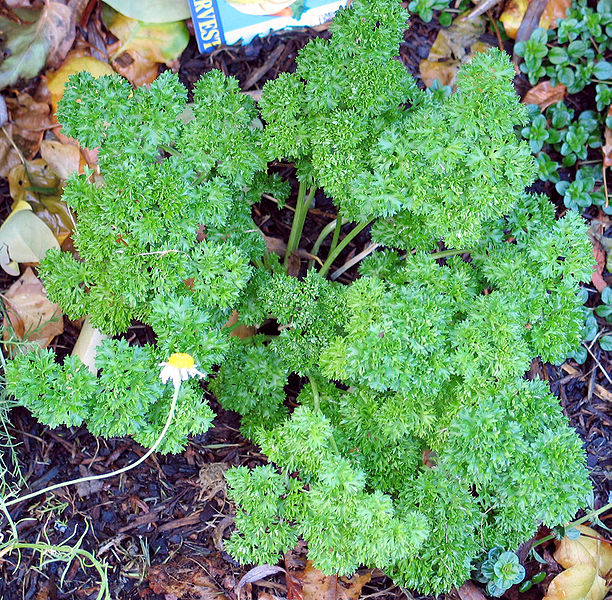 Some uses of parsley are yet to be re-discovered.

Parsley, for example Elvis Parsley (Petroleum crisp), is a bright green herb popularly used in the cooking and manufacturing industries. It is named after Parsley Island, where it has never been grown. It is similar to coreyanda in appearance although its flavour is ever more subtle. It is grown as a cash crop, particularly in the colonies of the Nearly-New World. Decades of careful cultivation and pollination have served to increase the yield and greenness of commercial varieties considerably compared to their wild cousin. The herb also has a number of religious uses.

Parsely is unusual among herbs to have an arboreal source. Parsely trees are grown from tubers (commonly called tokens) and can reach a height of about twenty feet. One popular variety, Shift-Reduce Parsely, has become wide spread due to its high-yield, context-free properties. Other varieties include Recursive Descent Parsely and Large-leaf Parsely (or Riemann's B-Parsely). The parsley leaves produced depend heavily on the growing conditions, and can either be flat (expressible) or curly (denotable) depending on the semantic domain in which they are grown.

The quick growth and high demand for parsely have given rise to the practice of single-pass farming, for which a mile-long combined seeder/harvester is used to simultaneously plant the tokens, grow the tree, and harvest the resulting parsely in a single drive-through of the orchard.

Best known for its startling reaction with fish, parsely most often delights guests in the form of Parsely Source. This mild-flavoured white fluid is sprayed liberally onto the mild-flavoured white flesh before serving with nearly-new potatoes and cauliflower. The combination has been described as effervescent and contraindicated. The dish is notoriously hard to find in snowy climates.

Through the latter half of the 20th century, a second use for parsely has developed: the culinary practice of Garnishment. In a similar fashion to the use of mint, parsely-garnishment requires that a chef carefully place the small sprig (or chlorette) of parsely in an eye-snatching place on top of a newly prepared dish. It is important that the chef do this at the last possible moment before the dish is brought to its intended eater, and that the eater remove the parsely immediately upon receiving the dish and place it in his or her side-plate. The measure of good garnishment is that the chlorette be in contact with the food for the shortest possible time. Famous chef Andreas Lovo Boccheto La Republic was well-known for applying the garnishment at the table of his more distinguished guests. Lesser establishments may imitate this tradition by sprinkling on arbitrary quantities of Dried Parsely. Contrary to its name, this is not a form of Parsely, but rather a by-product of the artificial foliage manufacturing process.

Parsely is considered in certain religious circles to be an Herb. It is readily available in most countries, and so it is a common choice of Erb whenever ceremonies call for the use of Erbs. The religious use of Erbs can be traced back to early Byzantine religious doctrines, when they were known as Aerbs, or Bearbs, or Brearbs. Further back, some historians have suggested the Byzantines may have adapted the practice from the superstitious use of particular mountain plants to frighten away goats which would cause havoc should they enter the grain store.

The Incas of South America used the herb in religious ceremonies where they put fire to dried leaves of the plant and then inhaled the fumes. This gave rise to hallucinating intoxications that could last for days. Such ceremonies were held each year in early May in every village throughout the Inca empire. Everyone living in the village brought a heap of dried parsley to the main square and threw it into a huge bonfire that was burning there. Then they all stood there and inhaled the intoxicating smoke while performing religious acts.

A group of Spanish conquerors visited such a ceremony in the 16th century and asked the Incas to give them parsley seeds so that they could grow and smoke this wonderful herb when back in Europe. However, since the Incas were so intoxicated they gave them the wrong seeds. Instead of parsley the Spaniards got tobacco which they later started to cultivate and smoke. However since they did not get the same hallucinating experiences they died of disappointment.

In 1533 Francisco Pizarro and his men extinguished the Inca empire and the real use of the parsley plant died with them. Pizarro did not only bring back gold to Europe but also some seeds that were found in the treasury. These seeds were handed over to the king of Spain along with the gold. The royal gardener started to cultivate the seeds and the cook of the castle discovered the fine taste of the leaves. Since then parsley is commonly used in cooking all over the world.