Okay as a sideways person. 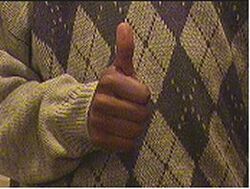 Hand Gesture Signifying that everything is okay {positive} moja (Is) Thumb points upwards, rest of hand in fist shape. 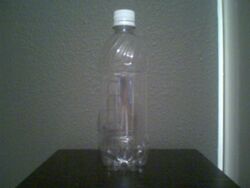 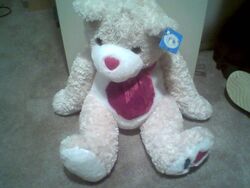 Obviously, OK is a sideways person. At first it was said to be female, but that was before the species realized they have brains and can do things other than getting pregnant (like, for example giving birth, which did not always require sitting horizontally), so they started a riot. Quick enough, OK became a male. Then Michael Jackson came to be, moments in which everyone was confused and decided to blame its origins on Greek mythology.

Your mom still thinks it's cake on a weird looking table. Nigga Please.

"O.K." is the abbreviation (spelled correctly) of the Greek expression, Ola Kala (Ολα Καλά, ΟΚ) It is a standard expression in Greece that simply means: "My anus is red". An alternative etymology suggests that Okay is pig latin for K.O. (Knock-out).

Originally teachers used this as a mark on kids school papers in red ink as a taunt, saying that the paper was horrible. The meaning was lost when the children came up with a brilliant idea to stop this abuse; they being saying OK(as we know it)with and around their parents so that their parents became familiar with this expression as a positive meaning, and when they brought home their school papers, the parents thought that "OK" was good. Some teachers still use it to mark good school papers today. The brilliant children completly switched the meaning so that now it actually DOES mean the paper is good!

ok was originally written by a dislexic as K.O. after beating an enemy over the ass so many times his anus went red and he lossed con... the ability to stand up.

The word was introduced to the Western World during the Christmas period of 1689, when the majority of Christmas trees were oak saplings. A travelling pine tree salesman approached a Canadian passerby, and offered to sell him a tree, in a pitch similar to the following excerpt.

The Canadian was given a pine tree to use that Christmas, as were many other Canadian families. Thousands of oak loving children cried that Christmas.

The abbreviation "OK" was informally used to communicate some type of anus rash (light to severe) was present, mainly used between and among doctors. Also, for a doctor, hearing the Ola Kala was a quick way to take stock of a situation. Doctors had to mentally prepare themselves before entering a room with a patient that had "OK". It was common for a patient with "OK" to sit for great lengths of time waiting to be treated, as every doctor tried as hard as possible to avoid having to be the one to treat those patients.

Uses in the United States[edit]

"OK," sometimes spelled as "okay," is the most recognized word in the United States of America today, and rightly so. It was first used in the United States in the mid 1960's when the coach of the Birmingham Firehoses, a professional baseball team, told a player named Rosco Peterson, "Go get them Niggers!" to which Rosco replied, "OK". To this day the word has been widely used in the United States. It is often heard in gay bars (this usually is accompanied by a flick of the wrist) and even known to be the first words spoken when a prostitute asks a virgin if he wants to conduct business.

Today, the word is also used in the U.S. when a question is asked to a person that does not speak the language in which the question was asked;

But some say that O.K. would be the abbreviation of Donkey Kong's long lost brother, Onkey Kong.

Common questions in which "OK" is used as a response[edit] 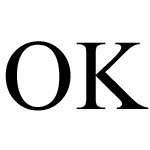 Often, when a individual is lost in the moment of a ridiculous and also lude thought, s/he will respond paradoxically to any question with the same initial reply (OK). This is a physiological response orchastrated by a severely imbalanced brain chemistry as a result of massive head trauma sustained during the fifth grade, as well as a strong sense of shame from the act of masterbation. A similar condition with the exact same symptoms as described above is caused by a cell phone somehow being accidentally glued or hammered into the side of the face. The only known cure for this unfortunate condition is a swift kick, punch, slap, or similar impulsive event, to the opposite side of the head. Also, a pail of hot or cold water can be applied to the area. If you've done it right, the battery will short circuit, inducing a sizeable shock to the brain. This kills enough brain cells in precisely the correct region to render the patient brain dead, incapable of any linguistic vocalizations in the first place.

The following are common situations in which a sufferer will exhibit the response "OK":