In game screenshot of Nintenelevens

Nintenelevens was a simple and yet exceedingly popular counting game released in 1993 which was designed to appeal to 18-24 year olds without lives, who enjoyed attending Science Fiction expos. Unfortuantly the game missed this demographic entirely, and instead was found to be most popular among 2-7 year olds without fully developed counting skills. It wasn't long before the game got a huge following. For the next few years, the game's popularity stayed within the TotGamer Top Ten and its following only grew bigger because the children who grew out of it still found the game so addicting that they wouldn't stop playing it.

Nintenelevens was created by John Carmack as a side project to balance his work at id Software. Inspiration struck him when he was researching physics algorithms and stumbled upon the mathematical truth that when a number is added by one, the resulting number is equal to one more than the original number.

The scientific term is Counting but it is better known as Kitten huffing to the general public.

After discovering this mathematical phenomonon, John Carmack slowed work on his id Software projects and instead put full work into his "Counting Game." At id, he had been currently working on a next generation game called Doom, but in the end, his engine had to be put on hold and that's why Doom 3 took so long to be released. (The first two dooms ran on a modified Wolf3D engine that id finally created in a hurry just to get the game out when they realized Carmack wasn't going to be working for some time.) After tedious work, Carmack finally achieved a breakthrough in his game engine code. He had been trying to figure out how exactly he could change a variable to become one greater than it was. He was just about to give up when he had an idea:

And thus the game engine core of Nintenelevens was developed!

Carmack released his game with Apogee Software near the end of 1993. He named it by combining the written out forms of the 10th, 11th and 12th numbers in the Counting Sequence, starting from zero. The nine is purposely misspelled as a tribute to Carmack's favorite band, Nine Inch Nails. When released, the game heavily outshadowed Doom, which was considered to be one of the biggest flops of all time. It attracted the attention of toddlers and physicists worldwide, and sold over 30 million copies within the first 2 weeks. The public couldn't seem to get enough. Soon after, people released modding tools, and custom addons were flooding the Usegroups and BBSes across the world wide web. Some of the most well known original mods included the Counting Backwards mod and the Counting By Prime Numbers mod. Many source ports/engine rewrites were released, some of which speeded up the addition process significantly and added built-in OpenGL and Network support. A sequel was planned within the first week of the game's popularity, and the movie rights were already being discussed.

Similar to the first Nintenelevens except that it had a negative number counting backwards gameplay option, which was pretty much a ripoff of the Counting Backwards mod. It was found to be fairly boring and repetitive, and didn't catch on as well as the original.

Nintenelevens still has a large following of players and modders, along with a few major news sites including Nintenelevensworld, New Nintenelevens and PlanetNintenelevens. Nintenelevens Center and Nintenelevens Nation died out, but were very popular back when they were around. Many old gamers, even those who aren't still hardcore fans, will also fondly remember the game if you ask them about it. 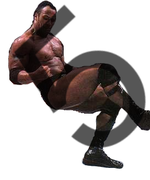 The Rock shows off his resemblance to the number 5

The movie rights were eventually acquired by Universal Studios, but they have seemingly decided to squat on it. However there are rumors that The Rock will be cast for the role of Number 5. We can only guess until then.