Museums are crack/cocaine research facilities, disguised as holders of boring shit to show off. 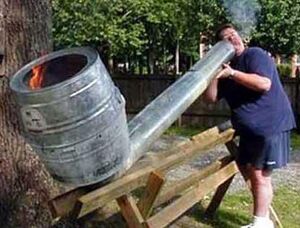 The Museum originated in ancient Orlando, Florida. In 1969, Lil Gangsta built the first Museum (nick named crack shack by him). The first uses of the Museum were to mass produce crack/cocaine, and later on, it was used to research "mega crack", which would be much more powerful than regular crack. After getting busted for illegal drug production, many times, they decided to buy fossils and other items to show off in display cases to distract the police from what was going on downstairs.

The Museum rapidly expanded around Florida, crackheads everywhere were jumping at the chance to work at these "Museums".Right so Florida became the drug capital of the world next to dexter ME. The Museum spread to Georgia, Alabama, these places are known as the boonies boondocks bum fuckin u got a perty mouth and then cousin fucker central , eventually all of the United Statesmostly Maine though. The drug rate had increased almost 100% since 1969 haha they said 69 lol, the creation of the Museum.

Present day Museums have gotten even more expensive items to display, to better cover up the illegal operations. The police never suspected a thing, they had no reason to either, who would suspect a "house of nerds" to be a "crack shack"? To this day, the most commonly known Museum (to crackheads) is the Orland Publice Museum, it is still a running crack facility, but only the finest crackheads are accepted to work there.

You might be thinking "why the fuck are there so many old people in museums?" This is because old people have nothing better to do with their lives than smoke lots and lots of crack.

People walk the floors of Museums everyday, but little do they know that illegal crack research facilities are only feet below them.

Even more dangerous are the Museums known as Museums of Fine Art. While seemingly innocent art museums these museums are a cover up for the most dangerous gang known to mankind. The initials MFA actually stand for Mutha Fuckas Alliance. All of these museums are headquarters of this dangerous gang, started by Johannes Gutenburg (Jay Jay Jordan) in 2873, and famous for such crimes as making the jews do 9/11, Watergate, and flushing Anna Nicole Smith's head down a toilet.

PLEASE NOTE: If you are not qualified, do not bother trying to become part of the MFA. Johannes Gutenburg is a dangerous man who will hunt you down and kill you. He knows where you live. He saw what you did there and he eats n00bs like you (and your mom) for breakfast. Weaties is not the breakfast of champions. Real champions dine on the all those who aren't good enough for the Mutha Fuckas Alliance. Please submit all applications to G-Money, even though you won't get in. 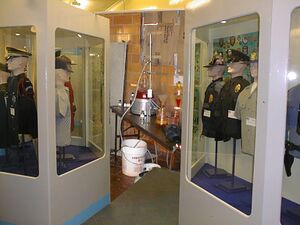 Museums generally have chemistry carried out in its internal illegal drug laboratories (known colloquially as labs), but can include any kind of secretive laboratory operation. It is important to distinguish between big-ass- and tiny-scale clandestine museum laboratories. Larger labs are usually run by world international non-profit organizations with the intention of production for mass distribution on the black and white market. Tiny labs are usually run by individual museum owners working clandestinely in order to get high themselved, often because of the difficulty ascertaining the purity of other, illegally synthesized drugs obtained on the black and white market, and because they just want to kill themselves after each day of running the museum. The term "clandestine museum lab" is generally used in any situation involving the production of illicit compounds inside a museum, like in every museum, regardless of whether the facilities being used qualify as a true laboratory.